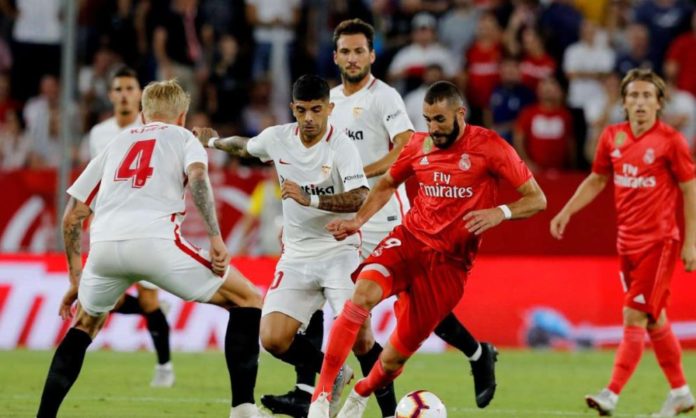 Real Madrid will be burning to bounce back with a win when they take on Sevilla in La Liga following their midweek defeat in the cup competition.

The Merengues presently occupy the fourth position on the La Liga table, with 33 points from 19 fixtures – ten points below arch-rivals and league leaders Barcelona.

Pablo Machin's side are occupying the third spot in the table, level on points with Real Madrid and will be eager on getting all three points and put some distance between themselves and Los Blancos.

First-choice goalkeeper Thibaut Courtois has trained with the team but is yet to return to 100% fitness, while backup option Keylor Navas is set to miss out with a groin problem.

Toni Kroos, Gareth Bale and Marco Asensio are all likely to be unavailable, but Real Madrid will be boosted by the return of Lucas Vazquez, who will be in contention after serving out his one-match ban.

Vazquez should start out on the right flank for the home team, with the impressive Vinicius Junior set to feature out on left side from the kick-off.

Sevilla will come into the game without being able to call upon midfielder Roque Mesa, who is suspended for the tie.

There are no other injury or suspension concerns for manager Machin coming into the blockbuster clash against Real.

Tomas Vaclik should return in goal against Real and will be shielded by a three-man backline comprising of Daniel Carrico, Simon Kjaer and Sergi Gomez.