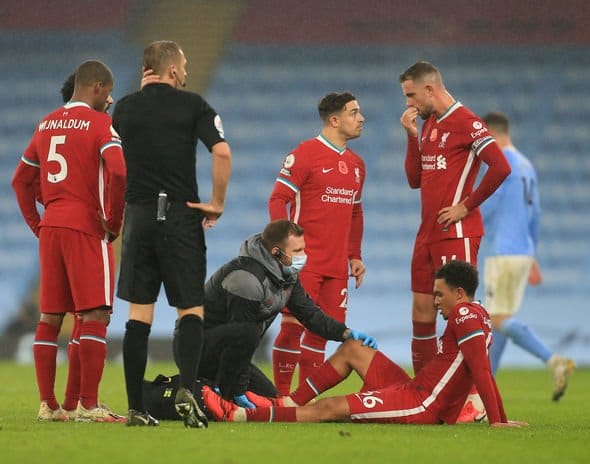 Liverpool boss Jurgen Klopp has had to contend with a number of injuries and other availability problems since the start of the campaign.

It's hardly been an ideal start to life on Merseyside for Thiago Alcantara, who has played just twice since arriving from Bayern.

He has been sidelined ever since his last appearance in the Merseyside derby, when Richarlison saw red for a high challenge.

Scans showed there was no serious damage and now he is finally back in full first-team training.

Meanwhile, Fabinho limped off with a hamstring injury in the 2-0 win over FC Midtjylland last month.

According to The Athletic, the Premier League champions are hoping both will be available by the time club football resumes.

Trent Alexander-Arnold will not be so lucky though after picking up a calf problem in the 1-1 draw at Manchester City.

The right-back is set to miss around four weeks of action and was forced to withdraw from the England squad.

Injured midfield duo Thiago and Fabinho will give the Reds a major boost upon their return to full fitness given Klopp's side are currently light in midfield.