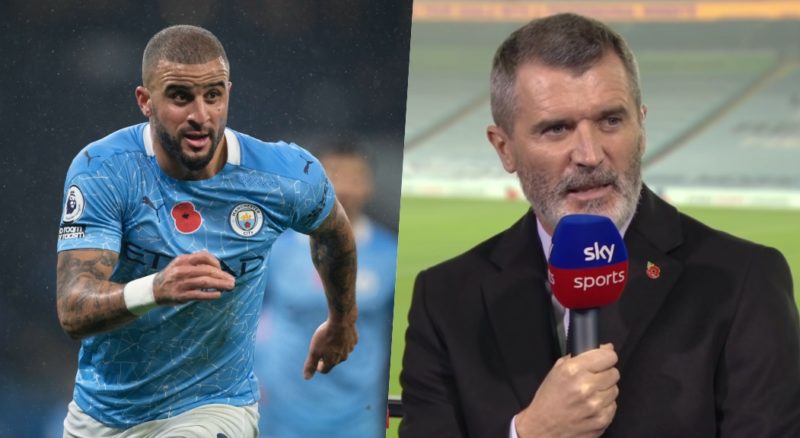 A complaint has been made by Manchester City to Sky Sports about comments which Roy Keane made about Kyle Walker during a recent game against Liverpool.

The two sides drew 1-1 on November 8th with Keane criticising the defender following his concession of a penalty late in the first half.

When asked how Sadio Mané won the penalty, Keane responded: “Because he's up against an idiot. Kyle Walker, people tell me he's playing well. I don't think so. This guy is 30-years-of-age, an international player. He's car crash, keeps making these types of mistakes. He's rightly punished for it.”

The Daily Mail report that Man City complained to the broadcaster saying that Keane calling the player “an idiot” and “car crash” stepped over a line of acceptability.

“It was daft and crazy defending to take the gamble,” Keane continued.

“Then it's the second part when he dangles his leg in there, he knows he's going to give away a penalty.

“I've watched him over the years. I think he's got that in his locker.

“He's got that daftness. He can make idiotic decisions. When he compounded that first mistake with a second one, I was a bit surprised. Some of this defending, over the years, is shocking.