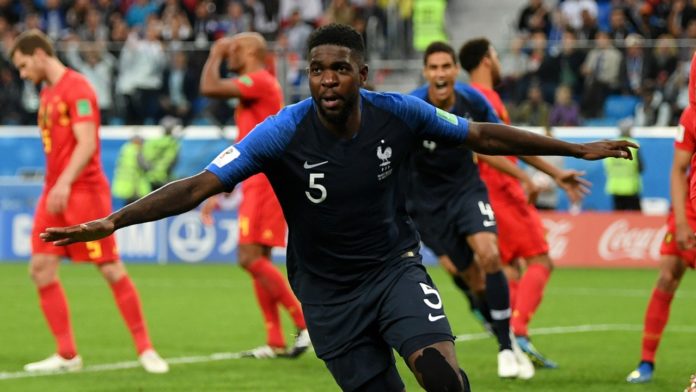 Samuel Umtiti scored the only goal of the match, beating Marouane Fellaini at the near post to head home Antoine Griezmann's corner in the 51st minute.

The opening 45 minutes was goalless but it was enthralling with both teams testing their opposite number but failing to make the breakthrough.

The best chance of the first half fell to an unlikely source as Belgium defender Toby Alderweireld tested France goalkeeper, and Tottenham team-mate, Hugo Lloris with a stylish turn and shot from 12 yards.

Les Bleus began the second 45 minutes in the ascendency as Umtiti made sure their pressure paid off with the opener.

Belgium struggled for an equaliser, Fellaini heading wide Dries Mertens' cross from close range soon after the goal, but failed to really test Lloris as the clock wined own.

France will now face the winner between England and Croatia in Moscow on Sunday. France last reached the World Cup final in 2006 when they lost on penalties to Italy after Zinedine Zidane notoriously got sent off for head butting a player.