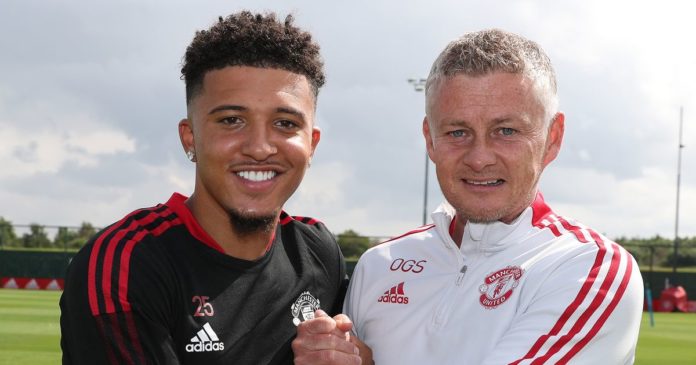 Jadon Sancho, who was the most expensive arrival at Old Trafford in the summer transfer window is yet to make his mark at the club and his Norwegian manager, Solksjaer has eased the pressure on the 21-year old and backed the forward to be a key player for Manchester United for years to come.

The English youngster joined United from Borussia Dortmund for £72.9million in the summer window but is yet to replicate his massive feat in the Bundesliga at United.

Having featured for United in five competitive matches with little or no impact, there have been concerns about what the future holds for the young forward who could see his position suffer threat when Marcus Rashford returns from injury.

“We knew his talent, and we signed him with the thought that we are going to have a top forward here for the next 10 or 12 years.

“Jadon's finding his feet, it's unfortunate that he fell ill just when he was going to come in, so he was out, and he lost a bit of pre-season. But he is working hard and he will be good.” Solksjaer told SkySports.