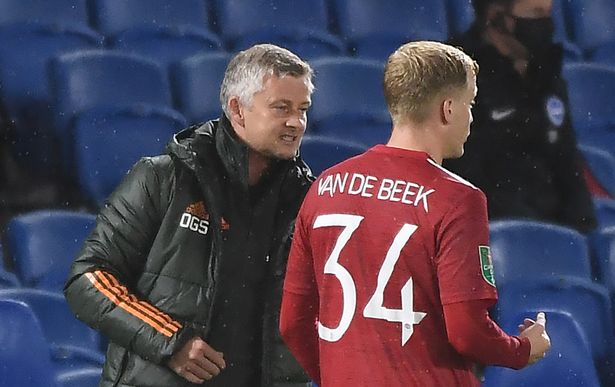 Donny van de Beek is yet to start a match for Manchester United in the Premier League, with Paul Pogba and Bruno Fernandes ahead of him in the pecking order at Old Trafford.

But Ole Gunnar Solskjaer insists this won't always be the case, and has promised Van de Beek game time in the near future.

“When players come into a new team, a new league it's always going to be a time that he adapts. When Donny has played, he's played really well,” Solskjaer said.

“It says a lot about our depth of quality in the squad that we don’t have to use him every game. It also says everything about our ambitions.

“Donny is going to play a big big part this year. I know at the moment the topic is Donny van de Beek.

“It's nice for some players and commentators to have a little go, but you have to know that you don't have to start the first three games to be a very important player in the squad. He's going to be important, don't worry about that.”

He later added: “It's going to be a long season and the depth of our squad is better now.

“Last game Donny, Nemanja and Paul all started on the bench – they're all experienced international footballers. It's not easy.

“But we have so many games this season and they're all going to play a big part, nobody will be able to play all of them.

“They work well as a team, is it two, three or four? And who's on form? Who needs a break?”