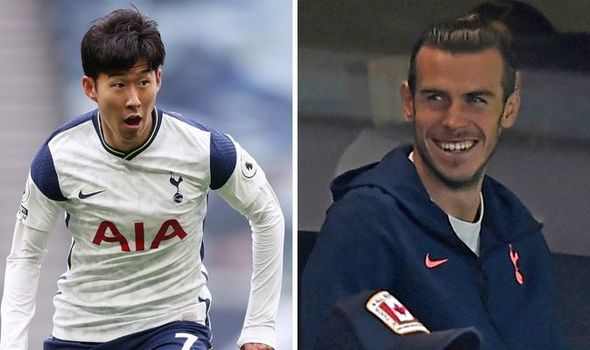 Son Heung-min has spoken on Gareth Bale's second Tottenham debut and admitted he has been excited to train with the Real Madrid star.

The Wales forward didn't start, but came off the bench on 72 minutes with Spurs 3-0 up after Son's first-minute opener and Kane's early double.

However, the Hammers launched a late fight back and Bale missed a chance to seal the points, before Manuel Lanzini fired a last-ditch equaliser.

Bale could get another chance to impress in Thursday's Europa League clash at home to LASK, and Son said he couldn't wait.

“I'm so excited,” Son said in an interview with Spurs' matchday programme ahead of the West Ham game.

“To see him every day, to chat to him, it’s a really good experience for me and I think the fans can’t wait to see him back on the pitch.

“As a player, I can’t wait to play alongside him. Obviously, he is a legend for this club and a superstar in the football world.

“I think he is very happy and you can see straight away that he is smiling all the time.

“When I’ve seen him, he’s been working hard ahead of his comeback.”

Son added: “When he had his first training session with the group, I was watching him and even that was really enjoyable.

“Having seen him in training, I can’t wait to see him back out there. I’m really excited to play with him.”