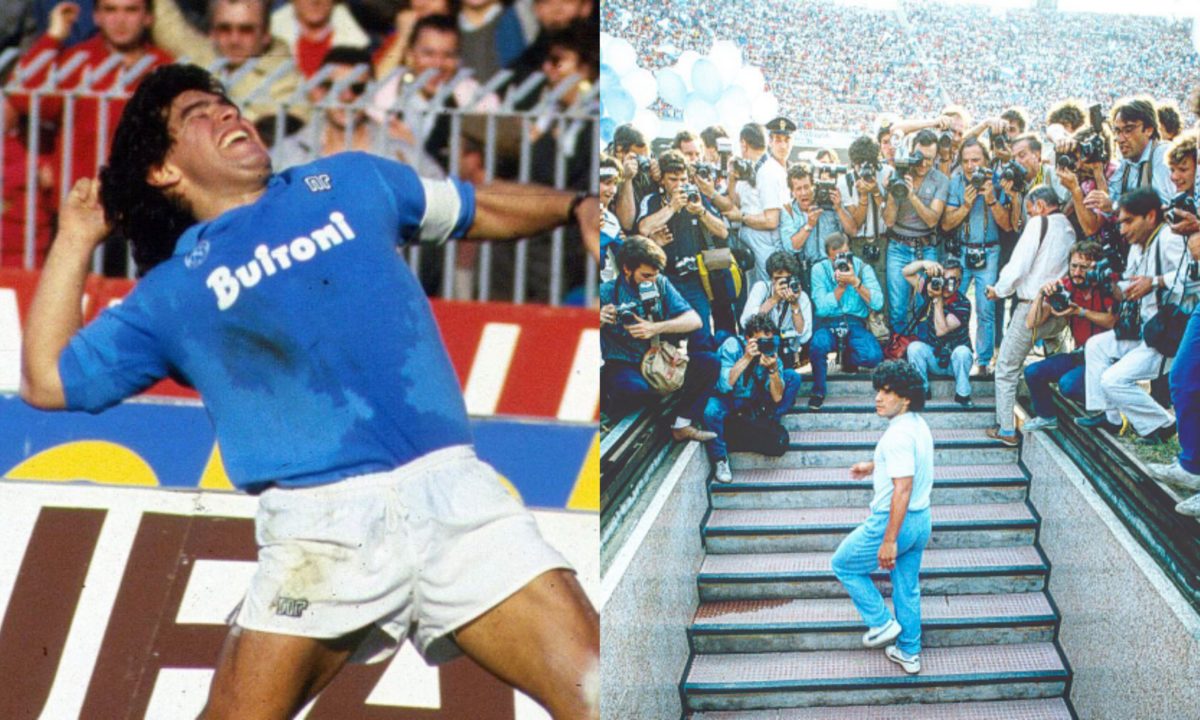 Napoli are set to rename their stadium in memory of Diego Maradona after the club legend died aged 60.

Maradona forged a strong bond with the Italian club and its supporters during his seven-year spell between 1984 and 1991.

The Argentine forward joined Napoli from Barcelona and won their only two Serie A titles – in 1987 and 1990 – along with the Coppa Italia and UEFA Cup.

Napoli president Aurelio de Laurentiis has now confirmed that the club will discuss renaming their stadium in his honour, combining its current title with his full iconic name.

“We are already putting it together this morning, taking the first steps to dedicate Naples stadium to Maradona,” De Magistris said.

“Its a process but it will be a quick process, because when there is such a strong desire there's nothing that will hold us up.”

The Mayor added: “We're hoping to make it coincide with the resumption of games with fans.”