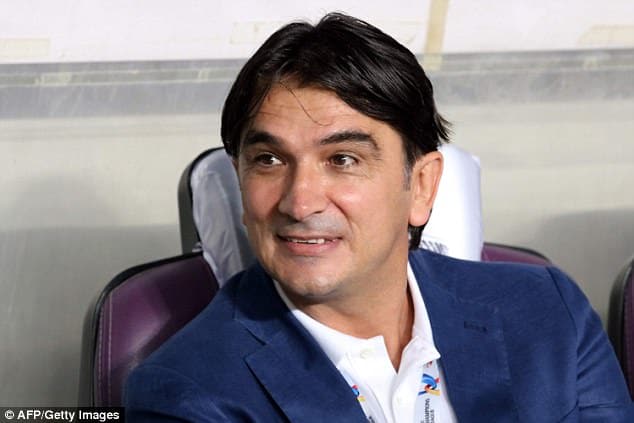 Croatia coach Zlatko Dalic is hoping his defence can repeat their heroics against Lionel Messi and Christian Eriksen when they face Harry Kane in the FIFA 2018 World Cup semi-final.

The England captain is two goals clear in the race for the Golden Boot, Kane having fired his team into their first semi-final since 1990.

Croatia have had to go through penalty shootouts to get through the last two rounds against Denmark and Russia whereas England swept Sweden aside.

But having seen Croatia hold off Argentina superstar Lionel Messi as well as Denmark talisman Eriksen, conceding once in those two matches, Dalic is confident they can do the same against Kane.

“It will be very hard, he is the top scorer and the best England player, alongside [Raheem] Sterling,” Dalic spoke with a news conference on Sunday.

“Dejan Lovren knows him and plays very well paired with Domagoj Vida so I am not concerned about stopping English players – we stopped Messi and Eriksen, and we'll try to do the same with Kane.”

But Dalic admitted that the late finish of Croatia's quarter-final, coupled with extra-time exertions against Denmark, will portend a physical challenge for his squd ahead of Wednesday's semi-final in Moscow.

Vida on the other hand will be free to face England having escaped with a word of warning from FIFA over pro-Ukraine comments he made in a social media video after Croatia's defeat of Russia.