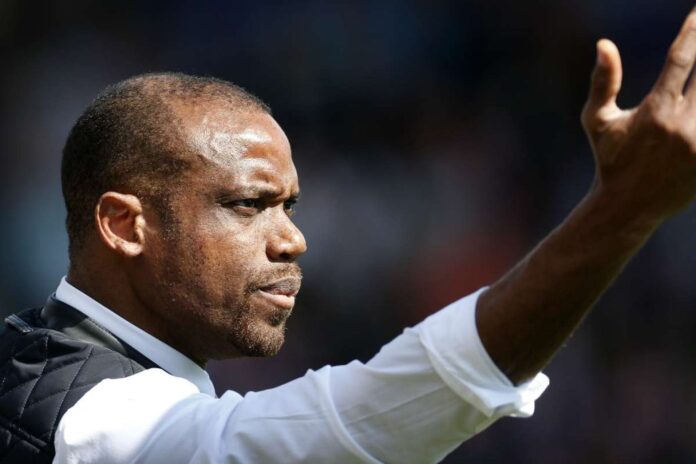 Local media reports on Monday have claimed that the Nigerian Football Federation have identified a candidate for the role of Super Eagles manager, three months after the sack of Gernot Rohr.

The 68-year-old German manager was at the helm of affairs of the Super Eagles for five years before he was dismissed in December 2021, a few weeks to the African Cup of Nations in Cameroon.

NFF technical secretary Augustine Eguavoen was appointed in the interim, and he led the Super Eagles to the AFCON tournament where they exited from the round of 16.

The NFF eventually contacted Portuguese coach Jose Peseiro, who was fresh off a stint at Venezuela, for the role, but discussions broke down.

Following the Super Eagles' failure to qualify for the 2022 FIFA World Cup in Qatar, Eguavoen and his interim technical team were dismissed as the search for a permanent manager continued.

That search appears to have yielded some fruit as former Super Eagles captain and manager Sunday Oliseh has emerged as the prime candidate for the role.

The reports from local media suggest that Oliseh is the majority choice within the Nigerian ministry for youth and sports led by Sunday Dare, who will be meeting with the NFF today to discuss the way forward for the Super Eagles.

Oliseh's name is expected to be presented as a candidate by the Sunday Dare-led ministry, but it is also understood that the NFF have their sights set on another foreign coach for the team.

Elsewhere, Francis Uzoho has finally broken his silence on his blunder which allowed Ghana come away with a 1-1 draw at the Moshood Abiola Stadium, Abuja to beat Nigeria to the World Cup ticket.

In the tenth minute of the game, Ghana captain Thomas Partey found some space for a shot, which Uzoho mistimed and let slip under him to hand Ghana the lead.

William Troost-Ekong's 22nd minute penalty was not enough to rally the Super Eagles to victory, and they ended up losing the World Cup ticket on away goals.

There has been an endless stream of apologies from the NFF and Nigerian players, but Uzoho had not commented on the incident until today, a week from the loss.

The Cyprus-based shot-stopper posted on his Instagram: “This past couple of days has been the worst in my lifetime. I wanted to take my nation to Qatar but rather did the opposite.

“I know what football means to you all and to myself, I can’t promise not to make mistakes again but I can promise not to give up until I bring back that smile on your faces.

“Thank you for the support and God bless Nigeria. IN CHRIST ALONE.”

The Omonia Nicosia goalkeeper is currently battling to stay in the Cypriot first division with his club. They are in first place in the playoffs table.