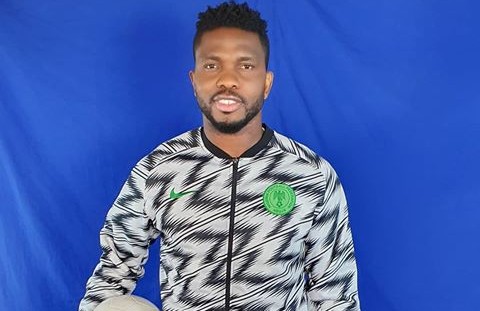 Former Nigerian goalkeeper, Ike Shorunmu believes the Super Eagles will benefit immensely with the appointment of Joseph Yobo as the assistant coach of the senior national team.

The former captain, 39, replaces Imama Amapakabo and is expected to work with manager Gernot Rohr as third in command.

But some fans and a section of the local media have questioned the decision to appoint Yobo saying he ‘lacks the right qualifications’.

Reacting to the development, former Super Eagles goalkeeper trainer Shorunmu stated that the team would benefit from Yobo's wealth of experience.

“It will be unfair to say Joseph Yobo doesn't deserve to be appointed as the assistant coach of the Super Eagles,” Shorunmu told Goalballlive.com.

“I am very sure that the Nigeria Football Federation (NFF) would have examined his CV (Curriculum vitae) before considering him for the job.

”One thing we must know is that the Super Eagles will benefit from his wealth of experience by the time they bond with him.”