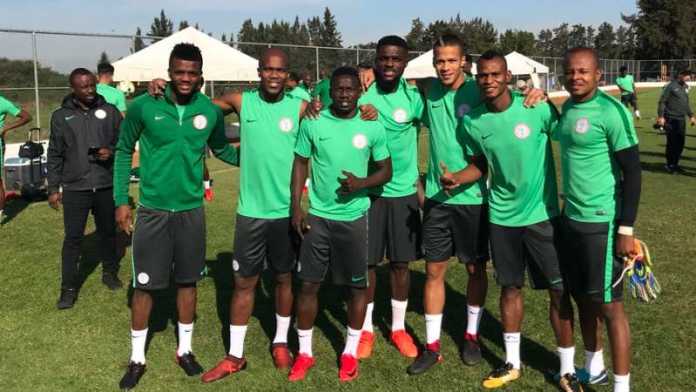 Barrister Seyi Akinwunmi says that the Super Eagles have put behind them the disappointment of defeat by Croatia and are now set to go for the maximum points in their remaining encounters in Group D at the 2018 FIFA World Cup.

Akinwunmi, who is the First Vice President of Nigeria Football Federation,  told a gathering of the cream of Nigeria’s media representatives in Saint Petersburg that the NFF expected a match-winning performance from the Super Eagles against Iceland on Friday.

“Like all Nigerians back home, and like the team itself, the NFF was not happy with the loss to Croatia. But the Eagles have climbed that cloud now and ready to conquer. They have put behind them the defeat and looking ahead with determination to the remaining two games.

“I can confirm to you that the team is not lacking motivation in any way. Our agreement with them was that they would get their entire money for the group phase once they qualify; it is not a match-by-match basis. So, they are aware that if they win the remaining matches or just achieve the minimum to qualify from the group, they will still earn the money for all three matches.”

Akinwunmi, who is also Chairman of the NFF Organizing Committee and Chairman of the Lagos State Football Association, praised Sports and Youth Development Minister, Barrister Solomon Dalung for rallying Nigerians behind the team and staying behind in Russia to support the Eagles in the remaining games.

“We cannot fully express our appreciation to the Sports Minister, who has called on Nigerians to keep supporting the team and personally expressed belief in the team’s ability to reach the knockout rounds. We still have him with us here in Russia and he will lead the delegation to the match against Iceland in Volgograd.

“The Sports Minister led a Federal Government to Russia and led the delegation to Kaliningrad for the first match. Alongside, the Nigeria Ambassador, Professor Steve Davies Ugbah, he called President Muhammadu Buhari (GCFR) to talk to the team before the match. Government support is total for the team, and motivation is huge, so they have no reason not to go all out on Friday.”

Barrister Dalung also greatly inspired the three-time African champions during the qualifying race, personally leading the delegation to the matches in Zambia and Cameroon and being also on the ground in Uyo for all the home matches against Algeria, Cameroon, and Zambia.

“It is now left for the team to go all out and give Nigerians joy by winning their remaining games,” Akinwunmi added.