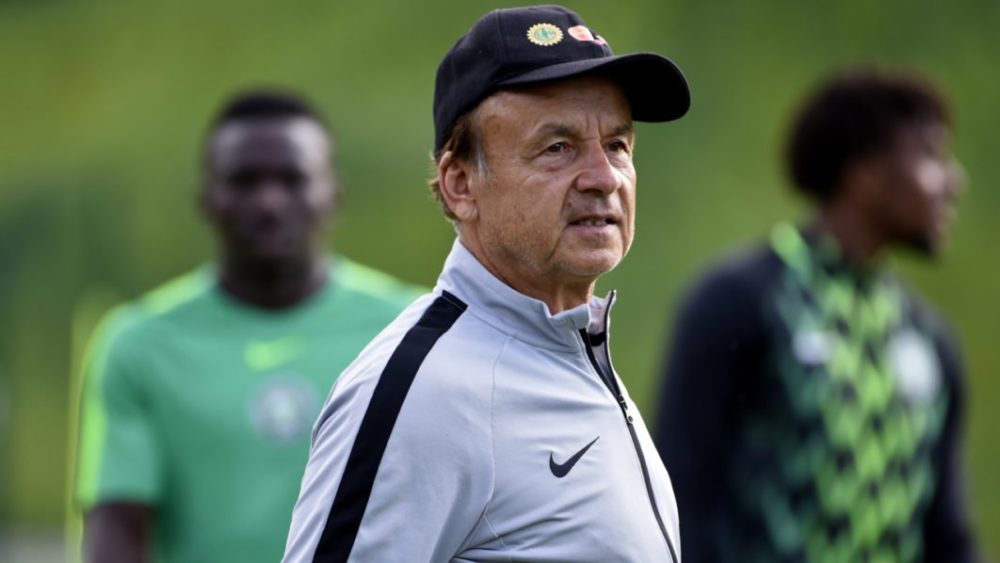 John Mikel Obi has been named as one of the 25 players Coach Gernot Rohr listed in his Super Eagles squad to begin preparations for the 32nd Africa Cup of Nations finals in Egypt this summer.

The former Chelsea FC midfield enforcer yesterday made his return to the Super Eagles after nearly one-year’s absence from the Nigerian senior national team.

Six other players were placed on standby in case of injuries to any of the players in the main list.

A recent meeting with Coach Rohr in the United Kingdom sealed Mikel’s return to the Super Eagles.

NFF’s Director of Communication Ademola Olajire said yesterday that all invited players and officials are to report at the Golden Tulip Hotel, Asaba on Sunday, 2nd June, ahead of the friendly with the Warriors of Zimbabwe at the Stephen Keshi Stadium on Saturday, 8th June.

“The team will depart for Egypt on Sunday, 9th June aboard a chartered aircraft, set up a final training camp in the city of Ismailia and tackle Africa’s number one-ranked team, Senegal in their final pre-AFCON friendly on Sunday, 16th June,” concludes Olajire.

The three-time African champions will play Burundi, Guinea and Madagascar in that order in Group B of the 32nd Africa Cup of Nations taking place in four Egyptian cities 21st June – 19th July