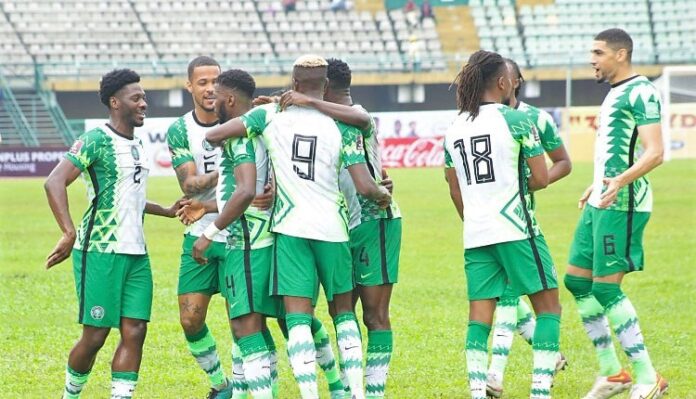 According to the information released by CAF, the draws for the CAF FIFA World Cup qualifiers will take place next year.

The draw will take place on January 26, while the AFCON is still in progress.

The FIFA World Cup is perhaps, the single biggest sporting event, and the clamour to be part of the party is immense. The next edition takes place next year in Qatar, and it promises to be grand as promised by the organizers.

Few teams qualify to win the tournament, while the bulk of the competitors only want to make an appearance and see how far they can go. It would be pleasing to see a new name on the trophy and possibly the Super Eagles of Nigeria.

Pele once said that an African country would win the country before the end of the last century. It turns out to be an unfulfilled prophecy. Maybe the century will bring about the fulfilment of Pele's prophecy. While Africa look to Qatar to win the World Cup for the first time, there is a ‘small matter’ of the playoff.

The draws for the playoffs

The Super Eagles in the group stage barely got a lift off the ground as they laboured to subdue teams that ought to be prey. The Super Eagles scraped through by the skin of the teeth in a group filled with minnows.

The clamour for Gernot Rohr to be relieved of his job following a shoddy prosecution of the group stage qualifiers where the team hung on to finish top of its group has not died.

The playoff will take place in March 2022, but the draw for the playoff will happen on January 26, 2022. The playoff will involve five matches over two legs. The Confederation of African Football (CAF) divulged the information during the general congress.

📊 The draw will use the December FIFA rankings, and will not include any results at the African Cup. As such, there will be no change to the current Pots. pic.twitter.com/HPhipb5WXp

The draws were initially fixed for December 18 but were shifted to next year with the January FIFA rankings to be used to seed the teams as opposed to the initial plan of using the November rankings.

The playoffs will produce five winners to represent Africa in Qatar.

Where does Nigeria stand?

The Super Eagles have their hands full as whatever happens, they will come up against an African heavyweight. Nigeria should be among the seeded teams as the rankings ought not to change before the draws.

The Super Eagles are currently ranked fifth on the continent and should be among the top seeds.

With CAF insisting that the two-legged affairs would involve VAR use, Nigeria is at risk of playing their home match on foreign soil. The governing body insists that any country that can't make available the use of VAR would play their home tie away from home.

The Teslim Balogun Stadium, where the Super Eagles have prosecuted all its home ties, does not have VAR facilities, and NFF now have to shop for a new ground with the facility.

The current situation makes a return to the Godswill Akpabio stadium a possibility.

The date change means that the Super Eagles will know its opponents while the African Cup of Nations is still on. The competition taking place in Cameroon will run from January 9 to February 6.