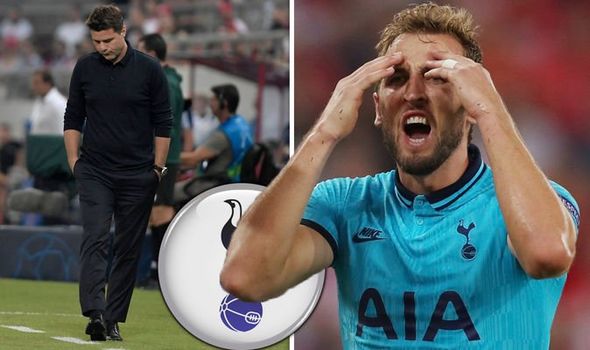 Harry Kane suffered “significant lateral ligament” damage to his left ankle on April 9 in the quarter-final first-leg against Manchester City.

The striker's season appeared to be over but made a return to action and started against the Reds in Madrid.

Ferdinand advises anyone against rushing a player back to fitness for the bigger games in the future.

“Listen, I’ve been in teams when players have been injured and you know they’re probably not fully fit. But before the game, you feel better when they’re in the team,” Ferdinand admitted on BT Sport’s Champions League Throwback.

“When someone like Harry Kane is on the team sheet it makes someone like Virgil van Dijk think it’s not going to be as easy of a night as it could have been. There’s a respect level before a ball is kicked.

“More often than not, the player doesn’t perform because of the injury they’ve been carrying and the form isn’t quite there. The sharpness isn’t there.

“You sit back and reflect in hindsight: ‘He shouldn’t have played’. It’s a very difficult situation and I understand the reasons for playing him because he’s such a top player and he means so much to the club.

“In games like this, you cannot afford to carry players. If I was to go into management, that’s the advice I’d give for anyone going into management.

“In the big games, you cannot afford to carry players, no matter what level, carrying people, more often than not you get found out.”