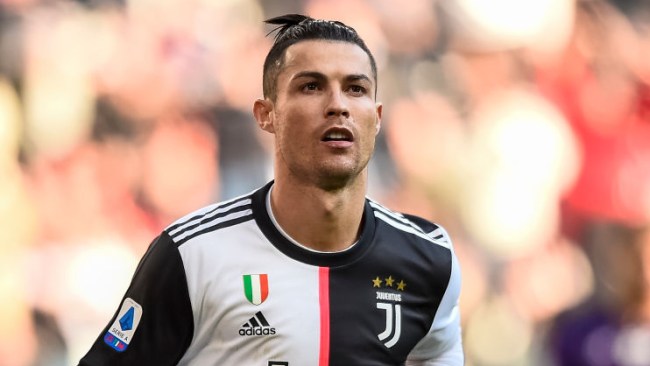 Juventus star Cristiano Ronaldo has one main aim and that is to overtake Pele’s goalscoring record, according Gary Neville.

The 35-year-old is definitely one of the best players of all time having won five Champions League trophies, as well as multiple league titles in England and Spain, plus Serie A with Juventus last year.

But Neville, who played alongside Ronaldo at Old Trafford for six years, says the five-times Ballon d’Or winner has plans to surpass Pele.

The Brazil legend scored 650 goals in 694 league matches during his career, while his record including unofficial friendlies stands at 1281 goals in 1363 appearances.

And Neville says his former United teammate is targeting Pele’s 650-goal tally before he retires.

‘I’ve got no doubts he wants to play, and Jamie [Carragher] mentioned James Milner wants to play into his late 30s – 40, I think he has a plan to take over Pele’s record. I genuinely believe he wants to beat Pele’s numbers, that’s where I think he’s at in his mind.

October 9, 2022
May 2, 2020
Home Football News The One Record Cristiano Ronaldo Is Desperate To Break Has Been Revealed