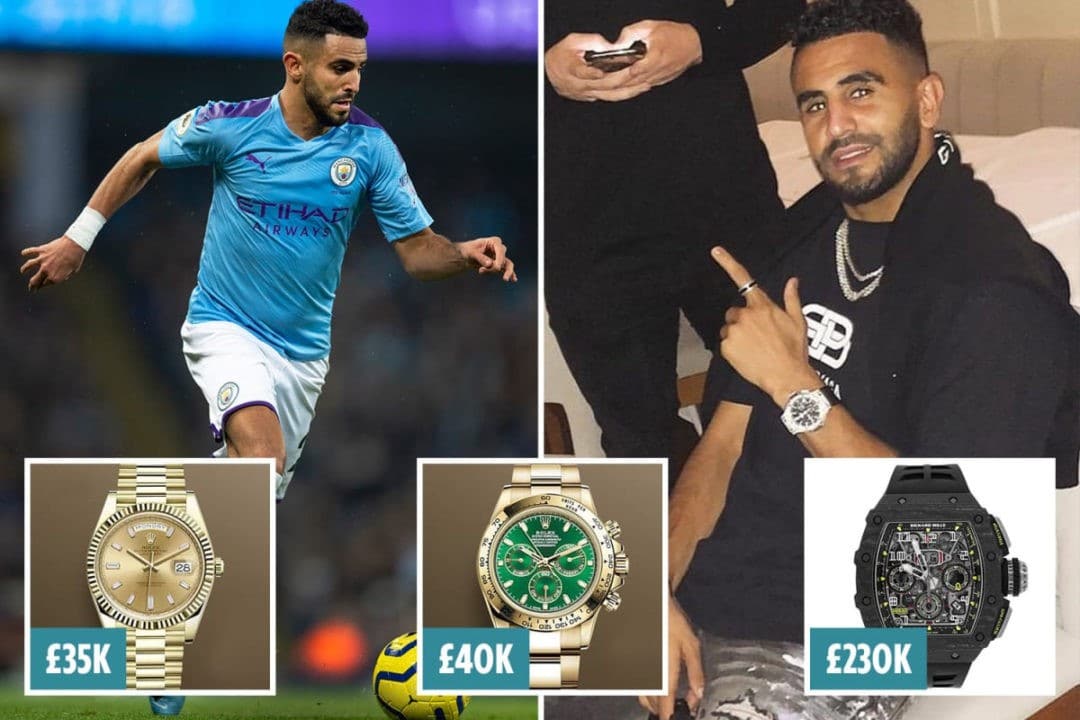 Manchester City star Riyad Mahrez has had three luxury watches stolen during a £500,000 raid at his penthouse, according to The Sun.

Milles cost up to £1.6million and are a favourite with the rich and top sports stars.

They are known for their precious stones and are made from the same material as space shuttles and F1 cars.

Ed Sheeran, Kanye West and Neymar all own different designs.

This comes after Alli was held at knifepoint and punched after robbers broke into his house earlier this month.