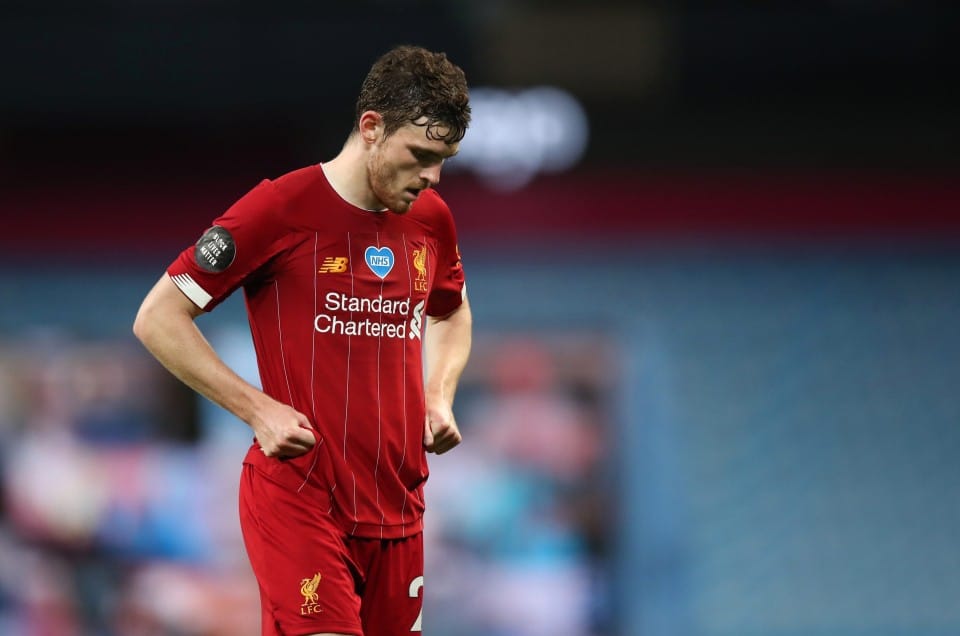 Liverpool defender Andy Robertson has given the Reds a fresh injury headache after missing Scotland's match against Slovakia with a hamstring issue.

Jurgen Klopp will be sweating over Robertson's fitness ahead of next weekend's game against Leicester.

The Scotsman joins Trent Alexander-Arnold, Virgil van Dijk, Fabinho and Joe Gomez on the injury list, and there are fears he could miss next weekend's game.

Robertson had been one of the last senior defenders standing after the club's injury crisis, but Klopp will now be fearing the worst after the latest update on the left-back.

Speaking after Thursday's win over Serbia, the 26-year-old let slip that he had tweaked his hamstring during the game.

The game went to penalties, but Robertson didn't step up, and revealed afterwards that he didn't due to the injury.

Robertson said: “I think I was next or seventh but my hamstring seized up.

“Then in the second half of extra-time I had a bit of cramp, it was my left one as well so I was just a bit worried it was going to cramp up.”

Robertson's injury is unlikely to be as severe as Van Dijk or Gomez's, however.