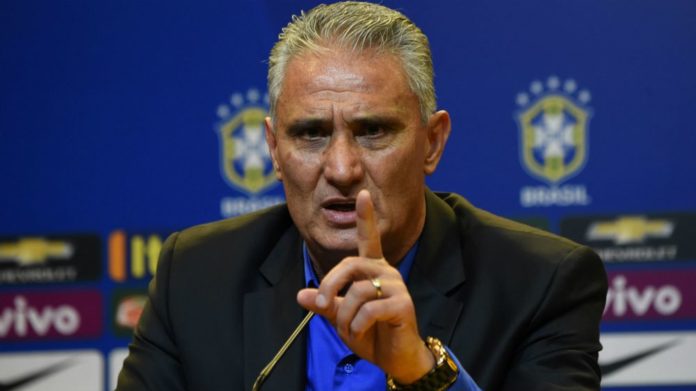 The coach of Brazil Tite has signed a new four-and-a-half-year deal with the Selecao.

Brazil were seen as the favourites to win the 2018 World Cup but crashed out in the quarter-final of the competition when they suffered a 2-1 defeat to Belgium.

Tite insisted after the match that ‘it was not the appropriate time' to talk about his future as the South American nation looked to overcome the disappointment of missing out on the chance to land another  World Cup title since 2002.

The 57-year-old has been in charge of Selecao since June 2016, and the loss against Belgium was just the second time that he had been defeated as a coach of the team.

There had been a host of speculation surrounding Tite's future, but he will lead Brazil into Qatar 2022 World Cup.

“The CBF is investing in a long-term project in guaranteeing the technical commission six-and-a-half years at the head of the Selecao,'” Rogerio Caboclo, the CBF's executive director, said in a statement.

“We believe that careful planning and execution will take Brazilian football to the results we expect.”

Brazil face the United States in an international friendly in September when they are back in action.