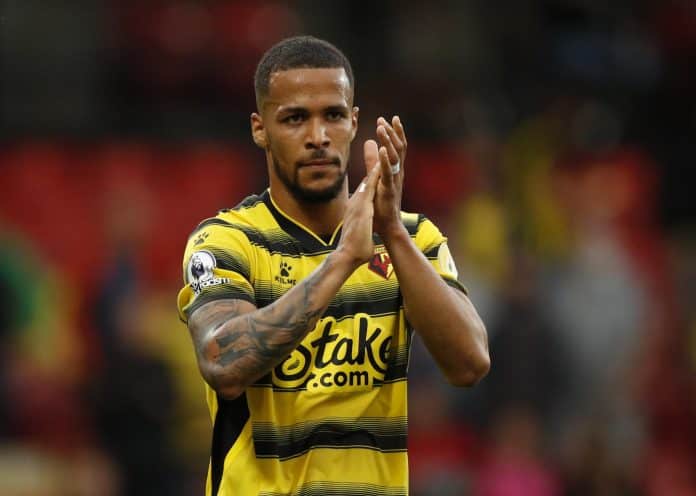 Nigeria defender William Troost-Ekong is happy with the playing minutes he's been receiving since the arrival of Slaven Bilic at Watford.

The Nigeria skipper has been a regular starter since Slaven Bilic arrived, and that has coincided with a different way of playing for those at the back.

However, Troost-Ekong says the clarity of instruction helps the defenders to know exactly what is required of them.

“As a defender, he talks to me a lot and he makes it clear how he wants us to play,” he said.

“He likes us to carry the ball, try to pass forward more and take on responsibility.

“He likes us to dominate the striker we’re marking, get the ball and then be confident with it. He gives us licence to play and I think we have grown a lot when we are in possession.

“The job of us at the back is to try and get the ball and then serve it to the real ball players in midfield and attack.

“That style of carrying the ball did take time to get used to, but now we’re accustomed to it. You’ll see that when we receive the ball, the midfielders and strikers are trying to create space and give us an angle to move the ball.

“The most frustrating thing if you’re a defender on the ball is not having a next pass available, and you have to start dribbling or taking risks that you don’t want to.

“I think the boys up the pitch are doing well to get into positions to take a pass. When you look up and you’ve got three options, our job is then to pick the best one.”

The two areas that Troost-Ekong thinks he and his teammates need to work on the most are probably the same two supporters would highlight.

“Set-piece defending and the way we start games are the two things that were bad. We’ve too often looked vulnerable in the first ten minutes of games. That would give opponents confidence to push on and get the ball into our box.

“We’ve conceded too many goals from set pieces this season. Corners, free-kicks, situations where the opposition launches the ball at us. The issue there is being aware and everyone being switched on.”

“Positioning is important, but it really comes down to who wants the ball more. We’ve discussed that a lot now, and you’ll see that when the ball goes out for a corner or there’s a free kick, all of us are alert and that is the only way you can defend those situations.

“We are quite a physical team but sometimes in the Championship you just come up against teams who have players that are bigger, almost like a rugby team. They try and pick you off, so you have to make it as difficult as you can for them.”