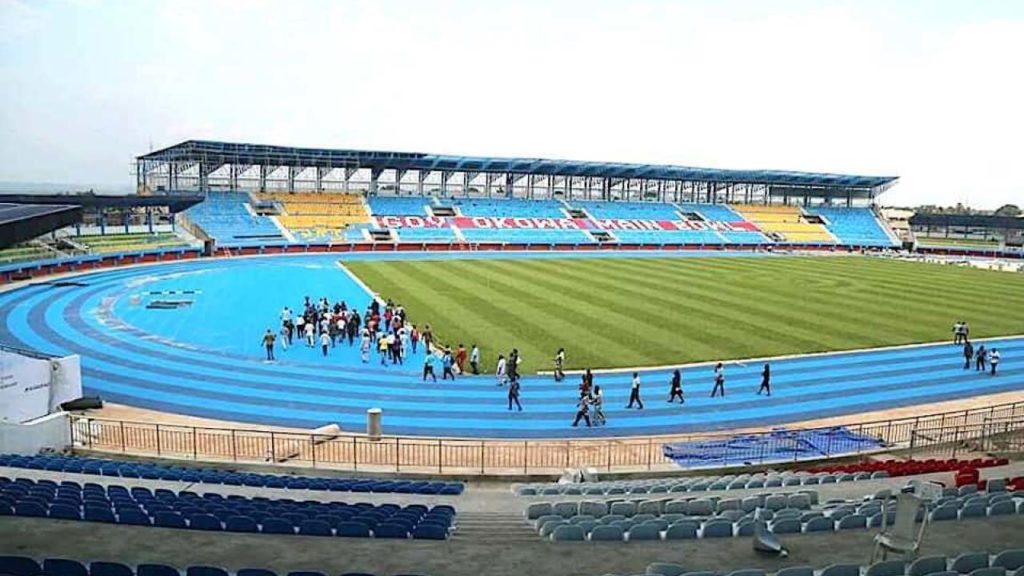 The FIFA inspection team, which arrived in Nigeria on Monday on an inspection tour of facilities for the hosting of the 2020 edition of the FIFA U-20 Women’s World Cup, has expressed satisfaction at the state of facilities in Benin City and Asaba.

Nigeria is bidding to host the tournament alongside India and South Korea. Nigeria last hosted a FIFA tournament ten years ago when the country hosted the cadet U-17 World Cup for boys.

The FIFA inspection team were joined on the tour by Nigeria’s bid Coordinator, Malam Mainasara Ilo and officials of the Nigeria Football Federation (NFF), including its President, Amaju Pinnick, Aisha Falode, head of the Women’s Football League, and Ruth David, head of Women’s football at the federation.

The FIFA and NFF officials were conducted round facilities, which included the Samuel Ogbemudia Stadium, practice pitches at Western Boys High School, one of the mini stadia the government is building for the event, and the Protea Hotel by Edo State Sports Commission Chairman, Godwin Dudu-Orumen and other officials of the Commission.

The FIFA team later paid a courtesy visit to the Governor of Edo State, Mr Godwin Obaseki, who assured them that the state was not only willing to host the matches of the tournament but was more than capable of doing so.

Obaseki who said the revamp of the Samuel Ogbemudia stadium which is near completion would host various local and international sporting events, also noted that the state is building 20 mini-stadia across the state to boost sporting activities.

In Asaba, Delta Governor, Dr Ifeanyi Okowa, assured FIFA officials that they do not need to worry about the venue for the tournament as the Stephen Keshi Stadium Asaba will serve as an excellent venue.