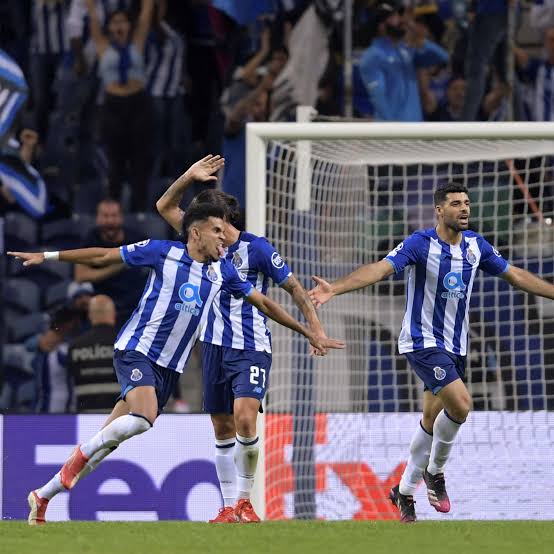 Porto on Tuesday night, kept their hope of making it out of this season's ‘Group of Death' in the UEFA Champions League with thanks to a narrow 1-nil win over AC Milan at the Estádio do Dragão in Portugal.

Diaz's second half strike made the difference, making sure that the Portuguese heavyweight secured their first win of the campaign in Europe's elite cup competition, leaving the Rossoneri in search of their first win after three matches.

It was an action-filled first forty-five but inexplicably, none of the team's was able to break each other. Although the hosts posed the greatest threat but the clearest chance of the half fell to Olivier Giroud who tried and failed to find a team-mate from two yards out when the goal was gaping.

After the break, Super Eagles leftback, Zaidu Sanusi was brought on by Sérgio Conceição and the Dragons came very close to breaking the deadlock through Taremi before Mateus Uribe followed suit with an effort that flew narrowly as time ticked on, Porto finally pounced on their opportunity when the ball fell invitingly for Diaz on the edge of the box.

The 24-year-old needed no second invitation as he confidently found the bottom corner, prompting a collective sigh of relief from the 50,000-seater crowd and rapturous celebrations from the Porto players.

Milan went all out in search for an equalizer that will bring them back into the tie but they struggled to impose themselves on the night.

Expectedly, Sanusi was reliable for the Dragons despite not making the starting eleven. The 24-year old had an 85.7% of successful passes, 2 down and aerial duels as well as 1 clearance out of the box in what was the Nigerian international’s second appearance for Porto in the competition this season.

The Portuguese side now have the upper hand in their quest to escape the groups for a fifth consecutive Champions League.