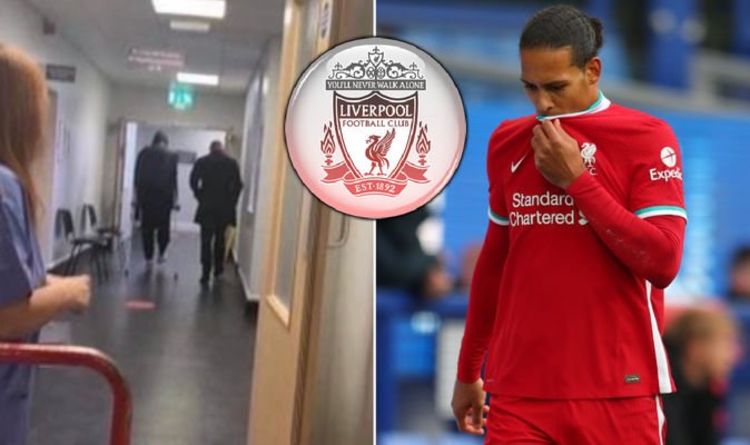 Liverpool centre-back Virgil van Dijk's injury is worse than initially feared, with the damage caused by Jordan Pickford’s challenge going beyond the Anterior Cruciate Ligament, it has been claimed.

After Van Dijk walked off the pitch, there was some hope that the injury wouldn’t be too severe, only for the full extent of the damage to later be confirmed, with it set to leave the 29-year-old unavailable for between six to 12 months.

Now, however, it appears the news could keep getting worse for the Reds.

David Ornstein of The Athletic claim Van Dijk's injury is worse than initially feared, and the damage to his knee isn’t restricted to the ACL.

Speaking on his Ask Ornstein show, he explained that the latest revelation – which hasn’t been confirmed by the club – means he won’t play again until next season.

Ornstein said: “It’s my understanding, and it’s not official, that the damage to Virgil van Dijk’s right knee is worse than initially feared, and that It extends beyond the ACL.

“I’m no medical expert, so it’s unfair to speculate further or give any more detail, but I wanted to pass it on.

“It does indicate that we won’t see Van Dijk on a pitch until next season.

“He will now undergo surgery – exactly when, we don’t know. That’s a decision for Van Dijk and those around him.

“Through Liverpool and the Dutch national team, they’ll have access to some of the best medics in the world, plenty of options. I’m sure he’s in perfectly good hands.”

If that were true, and the Liverpool star was to be ruled out until next season, it would mean he misses out on the delayed European Championships – which are due to start in June next year.