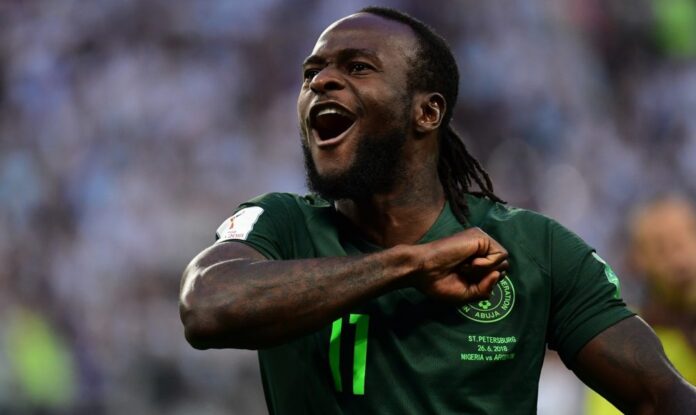 Simon Jordan, former owner of Crystal Palace, has come out to lambast the English Football Association for allowing Victor Moses slip their grasp.

Moses, 31, was born in Nigeria but moved to England as a pre-teen following unrest in his hometown that saw him lose his parents. His guardians in London enrolled him in a local team, where he was snapped up by London-based club, Crystal Palace.

Moses went on to represent England in their age-grade sides before switching allegiance to Nigeria in 2011. He left the squad after the 2018 World Cup, stating club football as reasons for his retirement.

However, Jordan, who was chairman and owner of Palace at the time Moses was scouted and signed up for their academy, still bears a grudge against the England FA for allowing Moses slip their grasp and play for Nigeria at the senior level.

Jordan particularly blamed Stuart Pearce, England U21 manager at the time, for letting Moses go on to represent Nigeria, with whom he won the 2013 African Cup of Nations.

“Victor Moses chose to leave the England setup after being quite pivotal in some of the achievements of the lower level age groups,” Jordan said on talkSPORT.

“And when it came to the full setup, I was very cross with Stuart Pearce at the time because I felt he didn't do enough to keep somebody in the fold and rather then develop these players to have them playing for their countries they got ostracized to a point they felt the necessity to play for another country.

“Now of course you can say that might have been the end product of a series of scenarios that was going to end up that way but there's no doubt I'm not sure Danny's right about the abundance of talent we had at wide left in England.

“Sterling wasn't there in 2013, there wasn't an embarrassment of riches on that side. Victor Moses was playing there, he was overlooked by England.”

Moses could be dazzling the Nigerian fans again with his pace, trickery and power after he recently reversed his retirement decision and is open to call ups for the 2023 AFCON qualifiers and the 2022 World Cup in Qatar if Nigeria qualify.

Elsewhere, Ola Aina could be leaving Torino at the end of the season.

Calciomercato reports that the Chelsea academy graduate is on the market and he could be available for cheap.

The Turin-based club have already signed a replacement for Aina in Algerian Mohamed Fares during the January transfer window, which was when Aina should have left the squad but for a knee injury to their new right-back.

Aina is also very keen to return to England, where he had a loan spell in the 2020/21 season with Fulham. Reports claim that Crystal Palace and West Ham United are interested in the player.