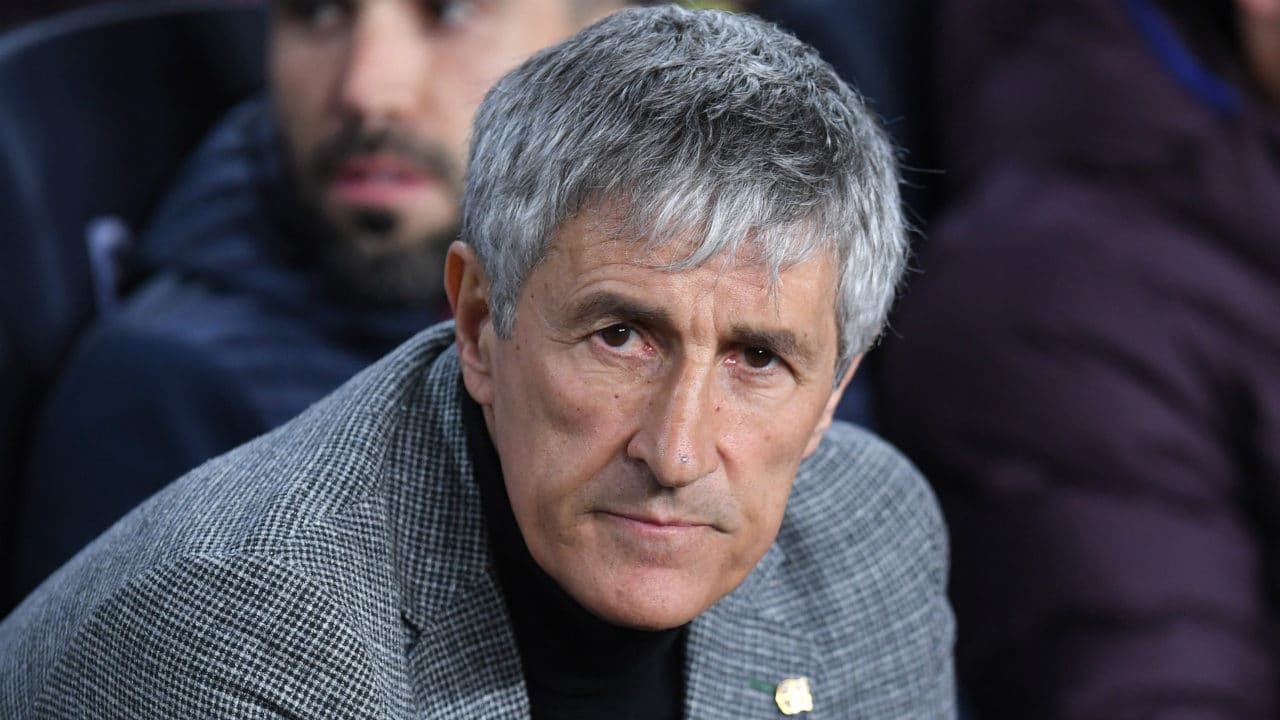 Barcelona boss Quique Setien his excited after his side secured an away goal and taking a 1-1 draw against Napoli back to the Nou Camp following the first leg of their Champions League last 16 tie.

Antoine Griezmann got the crucial equaliser to earn the Blaugrana an away goal, cancelling out the delightful opener from Dries Mertens.

“It’s a positive result for us overall,” Setien said. “We controlled most of the game, but we lacked something in the final third against such an organised defence by Napoli.

“After the equaliser, they opened up a little and we were able to hurt them more. They played very well and it was not easy, so a score draw is fine going into the second leg.”

“We will have more options in the second leg, as it is unlikely a team will be able to defend for that long at Camp Nou.

“So we have got to think positive and cannot complain.”

Setien accepts the Catalans must now focus on how they can adapt without two key men out through suspension.

“We will not be able to count on Sergio Busquets or Vidal for the return, but we will find solutions to compensate,” he said.

Here’s what Setien commented on Vidal’s sending off: “A yellow card for the foul is one thing, but the second is too much. There are moments of tension that players who experience the game with his temperament can have.”