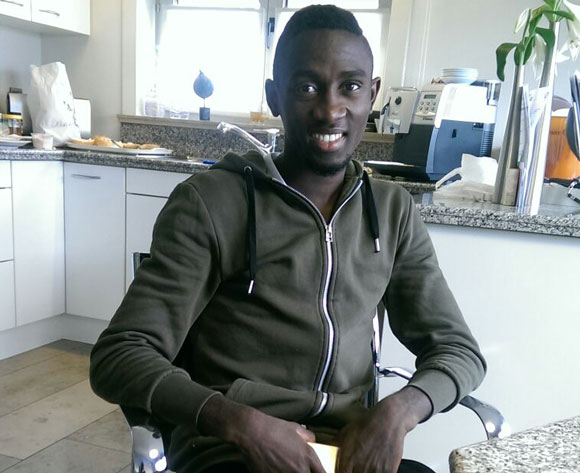 I just had to pick my pen and write about Wilfred Ndidi. I didn’t want to until he leaves Leicester City for a much bigger club.

No offence to City fans but come on, you know Onyinye Ndidi, with all his pass average and impressive stats, deserves to be at Real Madrid or Manchester City. I don’t think anything stops him from even being at Barcelona. Yes!

I’m not talking about someone else. Onyinye Ndidi is the same person as Wilfred Ndidi hence his full name is Onyinye Wilfred Ndidi.

Anyway, I just have to go on and write about Wilfred Ndidi biography. Whenever that move happens – hopefully this summer transfer window – you’ll remember I said it.

Now what do we know about this guy?

Humble beginning, just like many others. Ndidi started showing how tough he is with football at a very early age, ask older players who were with him at that time; they’ll testify.

Having grown up in the Military Cantonment in Ikeja, Lagos State, he started playing unprofessionally from his days at the Command Children School before joining one local club called Nath Boys Academy, where he continued with his passion.

So what are those things that are dare to you that you want to know about Ndidi?

Which state is Wilfred Ndidi from in Nigeria?

Is his tribe one of them?

Well, Ndidi’s from Delta State but was raised in Lagos.

Who is Wilfred Ndidi father?

That name has been posted all over the internet as Ndidi’s father.

The truth is, Theo and Marleen van Vlierden are only Ndidi’s foster parents who took him in at the age of seventeen when he first arrived in Belgium at the beginning of January 2014 for his two-month test period with KRC Genk.

He stayed with them until his departure for Leicester City 18 months later.

Ndidi has been able to craftily dodged not mentioning his biological parents names. The best we hear is him being referred to as Ndidi senior.

Obviously because of the way his father, a military man, treated him when he was growing as a child.

Back in those days in Lagos, his father was apparently very strict beating his now famous son on occasion for disobedience with a ‘Koboko’, a cow skin, leaving the youngster in pain and uncomfortable for days.

According to Ndidi, his military dad didn't like the idea of him playing football and did everything to stop him. However, he fought for his passion and got the breakthrough we are all aware of now.

He was able to get his trader mother to assist in washing his kits and that went on until Nath Boys FC came calling, then Genk and afterward, Leicester City.

To buttress what I said earlier, there's an image of Ndidi's mother online but not his father's. See the photo below:

Ndidi was born as the first child and only son of three kids, the other two siblings are apparently his sisters.

What is the market value of Wilfred Ndidi?

And you know what’s even more interesting? That market value ranks him number one among all footballers from Nigeria.

Man, this guy is rich!

SEE ALSO | FIFA Licensed Agents In Nigeria: Steps On How To Find Genuine Ones

Lots of figures are being bandied about on the internet claiming to peg the player's net worth at some ridiculous amount.

As of now, there is no confirmed figure as to what Ndidi's true worth is.

Oh yes, he is. Sorry to disappoint you ladies.

In the year 2019 sometime in May, Ndidi married his girlfriend of five years Dinma Fortune in a traditional and white wedding ceremony in Abuja.

The traditional ceremony held on Wednesday, May 23 at the Ibeto Hotel event centre at the Gudu District of Abuja.

While on Saturday, May 25, their white wedding was conducted with a church service at the National Ecumenical Centre in the central business district in Abuja and ended with a reception at the Pitchvine Marquee Wedding and Event Centre at the Cadastral Zone in Wuye, all in Abuja.

How old is Ndidi?

I see people ask for Wilfred Ndidi real age? I don’t know, is there a fake age?

Oh, I see, you mean you’re not interested in his football age? You’ll need to go see his mother on that.

Before I delve into Wilfred Ndidi weekly wages, I need to let you know that the defensive midfielder signed a 6 year/£23,400,000 contract with Leicester City, including an annual average salary of £3,900,000.

See the table below to understand what I mean.

To earn what Ndidi earns in just one month, the average Naija guy who earns N50,000 will need to come back to this world about four times!

If you’re in search of any Wilfred Ndidi transfer news you’ll get them all here.