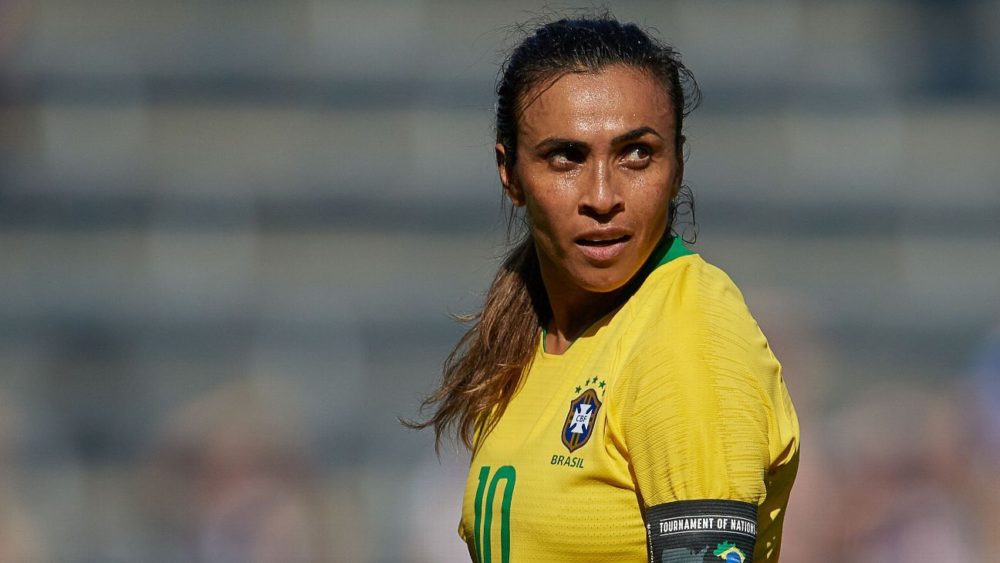 Brazil forward Marta scored her 17th World Cup goal in a 1-0 win over Italy on Tuesday to become the all-time leading scorer at men's or women's finals.

“The feeling is a joyful one, not only for breaking the record but for being able to represent women in doing so,” she told BBC Sport.

Brazil's win puts them through to the knockout stages in France.

Her second-half penalty moved her ahead of Germany striker Miroslav Klose, who scored 16 goals.

This summer's winners will receive half the amount awarded to men's teams who were eliminated in last summer's group stage.

The 33-year-old has now scored more than a quarter of all of her country's Women's World Cup goals.

The Brazil skipper has also been a runner-up in the annual global player awards five times.

Marta won Olympic silver medals with her country in 2004 and 2008, as well as reaching four European finals at club level.

The six-time world player of the year became the first player to score in five separate World Cups in their defeat by Australia last Thursday, before netting her second goal of this summer's event against Italy, and now has 106 senior international goals.