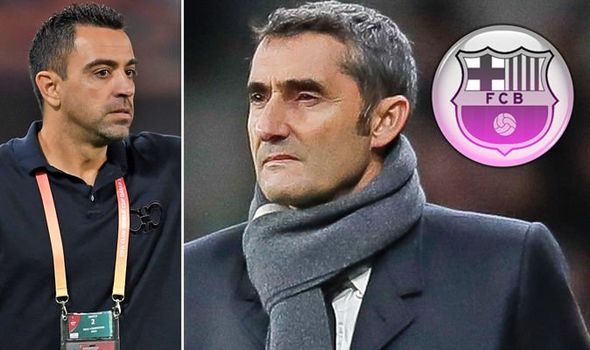 Barcelona have offered club legend Xavi a two-and-a-half-year contract to replace under-fire Ernesto Valverde as manager, that's according to reports.

According to AS, the two-hour meeting was enough to convince the club's chiefs to offer the former midfielder a deal to take over as boss at the Nou Camp, beating off the likes of Thierry Henry, Roberto Martinez and Ronald Koeman to the post.

However, Al-Sadd, the Qatari club where Xavi is currently head coach, have insisted that there is no immediate prospect of their man leaving, before emphasising that the Catalan club have not made contact with them.

Xavi would follow in the footsteps of the likes of Luis Enrique and Pep Guardiola in taking over Barcelona he represented as a player.

Should the Spaniard become Barca manager, he may face a difficult task in replicating the performances he produced on the field in winning eight La Liga titles, four Champions Leagues and a glut of other silverware.