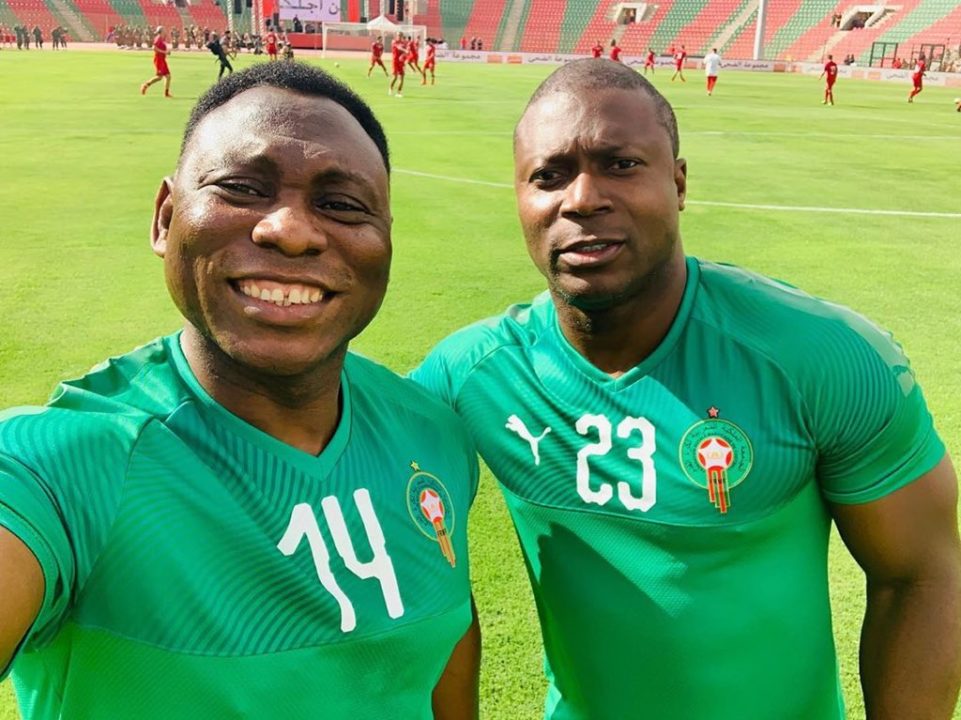 Amokachi joined the Blues soon after impressing at the 1994 World Cup, spending two years at Goodison, where he was worshipped by a young Yakubu.

Going on to follow in his hero's footsteps himself, Yakubu played for Everton between 2007 and 2011 and also featured for Nigeria at the 2010 World Cup.

Yakubu also worked alongside former Everton striker twice serving as Nigeria assistant manager in 2007 and from 2008-2014.

And speaking to South African journalist Carol Tshabalala via Instagram, Yakubu was full of praise for the 1994 Africa Cup of Nations winner when asked to name his footballing role model growing up.

“Growing up watching (Daniel) Amokachi was something nice, I call him sexy big brother,” he said.

“He's a nice guy. He was the assistant manager of the national team as well when I was in the national team, so it was an honour to be with him in the same team, we didn't play together there, we were very close.

“Watching him on TV, the way he bullied the defenders, the way he scores goals, you can see the smile on his face and the dedication is there.

“Watching him, (Nwankwo) Kanu and Jay-Jay (Okocha) is unbelievable.”