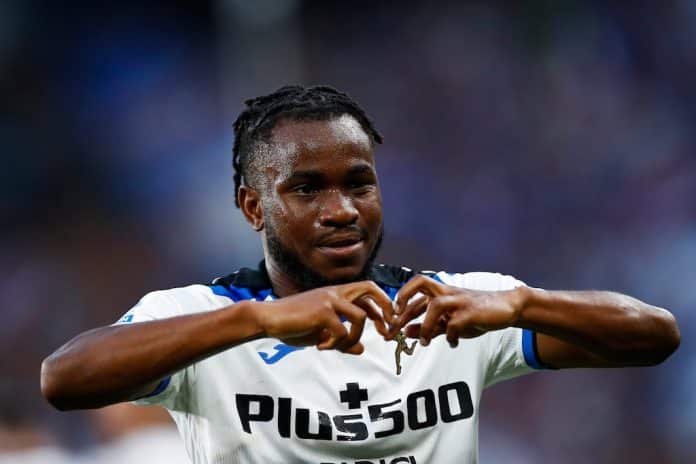 Super Eagles forward Ademola Lookman was among the goalscorers as Atalanta began their 2022/22 Serie A campaign on a winning note.

Lookman, after an excellent year at Leicester City, recently joined the Italian Goddess from RB Leipzig on a four-year contract for a reported fee of €15 million and was quickly proved his worth in his very first game.

Atalanta secured a 2-0 win over Sampdoria away from home to begin the league campaign on a winning note for the first time in recent seasons on Saturday.

Skipper Rafael Toloi opened the account for Atalanta when he put them ahead in the first half with a well-taken goal. Manager Gian Piero Gasperini’s men kept their shape at the back, limiting the home side to long range efforts and were able to take the lead into the break.

Sampdoria finished 15th last season – their lowest since returning to the top flight – and were unable to find a goal that would have avoided a fifth straight opening day defeat. Remarkably, the hosts have now failed to score on matchday one in each of their last five attempts, although Abdelhamid Sabiri came close to changing that unwanted record when his free-kick struck the post.

The 24-year-old Nigerian started his journey on the bench before coming on to help Gian Piero Gasperini's men put an end to their back-to-back defeats on the road.

Nigeria's Lookman came off the bench to replace Lucas Muriel just after the hour mark but had to wait until after regulation time to double the lead and seal the victory at the Stadio Luigi Ferraris.

After netting 12 times in previous matches with Atalanta, Sampdoria captain Fabio Quagliarella came closest to the equaliser when his shot flicked the bar late on. However, Lookman, who was first denied a debut goal by the offside flag, secured a valuable victory for Atalanta with a composed finish in stoppage time.

Meanwhile, Super Eagles eligible defender Caleb Okoli made his first senior appearance for Atalanta and did not look out of place throughout the encounter. Although he was booked in the opening half hour, the 21-year-old was composed and assured in possession as the Bergamo club kept a rare cleansheet.

Atalanta will look to make it two wins from two matches when defending champions AC Milan visit the Gewiss Stadium.