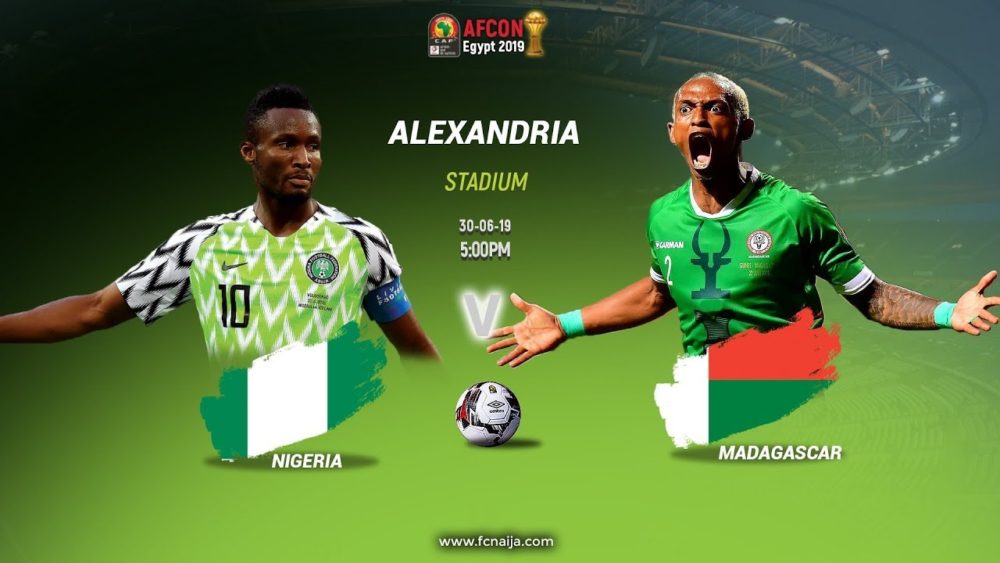 Super Eagles head into their final Group B fixture having already secured their place in the knockout stages of the 2019 Africa Cup of Nations.

Madagascar – having recorded their first-ever win in the competition against Burundi – know that a draw against the Super Eagles will be enough to seal their place in the next round.

The minnows had already achieved their main goal by simply qualifying for the AFCON for the first time in their history.

Madagascar is on a high after the celebrations of their Independence Day earlier this week, and Nicolas Dupais' team have a chance to prolong the positive atmosphere back home.

Nigeria have struggled for goals so far, and their lack of a clinical touch has the potential to ruin their overall performances in this tournament.

However, two 1-0 wins have put Nigeria in a strong position to win this group, with anything less than that considered a setback when considering where they would prefer to be placed in the round of 16.

Gernot Rohr’s team must improve if they wish to win the AFCON title for the fourth time in their history.

Rohr will likely make changes to his team with the Eagles having already booked their spot in the second round.

Dupais could return to a more defensive formation for this game, rather than the 4-3-3 which was used against Burundi.

Madagascar Vs Nigeria Head To Head

Today's fixture will represent the fifth meeting between the two nations, and Madagascar are yet to get a win or a goal against the Super Eagles.

The Super Eagles were held to a goalless draw back in 2000, but they have since scored five goals without reply in the last three games.

However, it has been almost eight years since the teams met during qualifying for the 2012 AFCON.