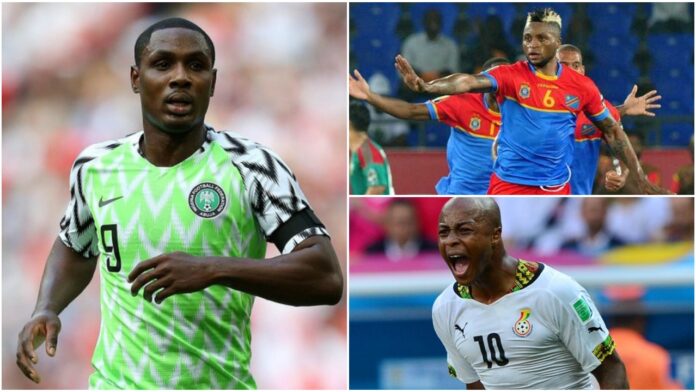 Who are the past AFCON Golden Boot Winners? Of course I’ll talk about the present holder too. In fact, let me just go into that right now.

The moment Ighalo was handed that honour after scoring five goals at the Egypt 2019 AFCON, he became the 6th Nigeria and 56th African Player to win the prestigious Africa Cup Of Nations Golden Boot Award.

Austin Okocha in the 2004 edition had four goals; while in 2013 edition, Emmanuel Emenike went home with the award after his four goals helped the late coach Stephen Keshi to clinch the trophy for the third time for Nigeria.

Let me just take you straight into the list of AFCON Golden Boot winners. And if you'd like to see the ones for FIFA World Cup, they are all here.

That’s it: all the AFCON Golden Boot winners since its inception till date.