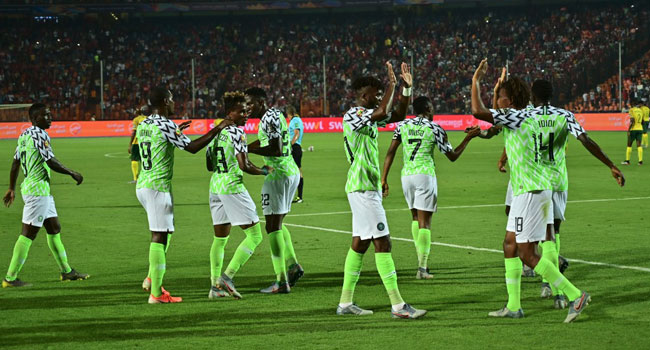 Players and officials of the Super Eagles will converge on November 9 for their preparations for the African Cup of Nations qualifier against Sierra Leone, an official of the federation has revealed.

The FIFA international window opens on November 9 and so Nigeria will take on Sierra Leone on November 13, while the return leg will be in Freetown four days later.

Nigeria recently started its preparation for the match with two friendly games against Algeria and Tunisia earlier this month in Austria.

According to the official, who pleaded anonymity, preparations for the match has started with compilation of the list of players to be called up for the game.

He said although the NFF has not decided whether the game will hold in Benin or Asaba, the coaches and support staff, as well as the players will start arriving ion the chosen venue on November 9.

“The NFF is expected to decide on the venue tomorrow (today) at their executive committee meeting, but I have a feeling they may settle for Benin because of the quality of the playing stuff in the newly refurbished Sam Ogbemudia Stadium.

“Coach Rohr and his staff have already decided on the players they need for the game and are just waiting for the NFF to go through the list and make it public.”

When contacted, Super Eagles Media Officer, Toyin Ibitoye, could not say the exact date all the players are expected to be in camp, but he confirmed that the team have begun preparations for the November 13 game.

The NFF is expected to announce the venue of the match after their meeting in Abuja today.

SEE ALSO | NFF President: The 39 Past And Present Chairman Listed

Nigeria leads Group L with six points, after victories against Lesotho and Benin Republic, who are second.