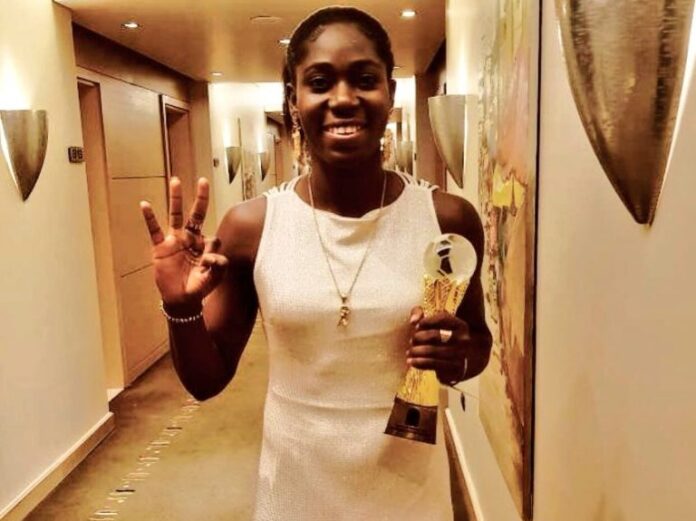 The first time the African Women Footballer Of The Year was awarded was in 2001 – and it’s also an annual event designed for Africa's best female football players.

Just as we have the African Player of The Year award for men, the women too didn’t want to be left, hence their own award.

Only that theirs came years after.

So who won the female African Footballer Of The Year first and who currently holds it?

Coincidentally, a Nigerian woman, Mercy Akide, was the first woman to claim the prestigious honour in 2001 and another Nigerian, Asisat Oshoala, is the current Award holder in 2019.

That was the fourth time Oshoala has been named the best women’s football player in Africa thanks to her impressive outing in FC Barcelona Femení.

But overall, that was the 10th time a Nigerian has been named Caf Women's Player of the Year.

Full List Of African Female Footballer Of The Year

SEE ALSO |  NFF President: The 39 Past And Present Chairman Listed

Do you think this African Women Footballer Of The Year list is impressive? It’s not as long as the men’s, and on two occasions – 2009 and 2013 – no award was given. WDUT?