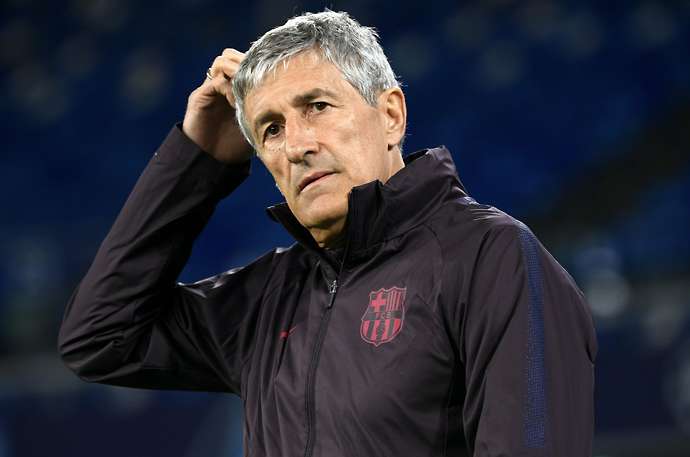 Barcelona boss Quique Setien have lost three of his six away games since he was hired in January.

So much so, that parts of the dressing room have already lost faith in their coach after less than TWO months and some don't believe he's up to the job.

On Catalunya Radio, via AS, comments such as “these guys [Setien and his backroom team] don't know how to steer this ship,” are being heard amongst some players.

Others are suggesting the coaches are ‘out of their depth' and even believe they aren't up to the task of working for a club of Barcelona's stature.

These feelings amongst the squad began in late January after a 2-0 defeat to Valencia and have apparently escalated after the El Clasico defeat.

AS are reporting that squad members have expressed their displeasure at Setien's decision to take off Arturo Vidal in the second half vs Real Madrid.

Some believe that substitution contributed to their defeat.