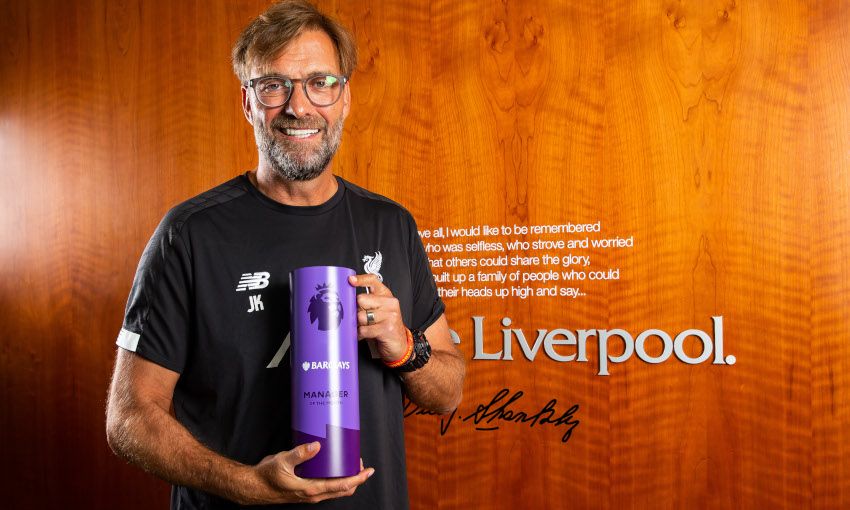 The 52-year-old claimed the January gong after another flawless run of results and Klopp has now surpassed the four awards that Guardiola won during the 2017-18 season.

From the six Manager of the Month awards handed out this season, only Chelsea boss Frank Lampard has prevented the Liverpool manager from winning six from six.

The German saw off competition from Guardiola, Southampton boss Ralph Hasenhuttl and Watford's Nigel Pearson for the January award.

On the whole, Klopp has now won eight monthly awards since he arrived in England, taking him level in the all-time list with Harry Redknapp and Martin O'Neill.

Only David Moyes, Arsene Wenger and Sir Alex Ferguson have won more overall in their careers than Klopp.