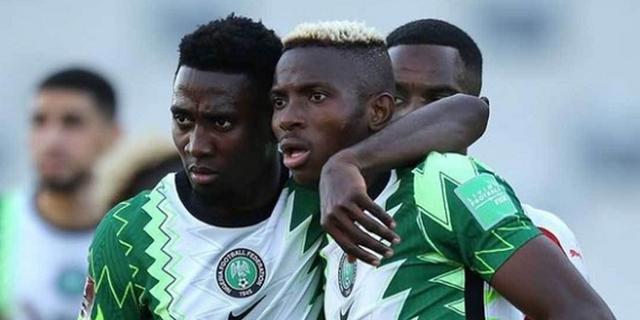 The international break is in full swing as the curtain drops on the 2021/22 season.

The three-time African Cup of Nations winners, Nigeria's Super Eagles, are currently preparing for their first game in the 2023 AFCON qualifiers. They have been drawn into Group A alongside Guinea Bissau, Sierra Leone and Sao Tome and Principe.

They face off against the Leone Stars in Abuja on Thursday and while they battle for their AFCON ticket, the key figures of the team are subjects of different transfer speculations in their various clubs.

Here is the latest from the world of transfers about the Super Eagles.

Ten-time French Ligue 1 champions Paris Saint-Germain have been urged to make a move for Wilfred Ndidi by fans of the club.

The Leicester City midfielder is revered in the Premier League as one of the best number 4s/number 6s. He is currently recovering from a knee injury that he picked up in March and is expected to make his return in the pre-season.

He has been the subject of interest of Manchester United who have currently parted ways with Paul Pogba, Juan Mata, Nemanja Matic and Jesse Lingard in midfield. It is unknown if they will rekindle their interest in the 25-year-old but United fans have not stopped their clamour for the Old Trafford leadership to bring the Nigerian to the club.

Now, PSG fans have called to their club's leadership as they believe he will be a perfect partner to Marco Verratti and an upgrade to Idrissa Gana Gueye, Georginio Wijnaldum, Danilo Pereira and Ander Herrera.

The belief is that Ndidi's second-to-none ball-winning abilities will give Verratti less work to do in the midfield so he can focus on creating chances, something PSG have struggled with doing.

Ndidi has been at the King Power Stadium since his €17.6 million from Belgian Jupiler Pro League club KRC Genk. He has two years left on his contract and is valued at €50 million.

Bayern Munich could pull out of the race to sign Victor Osimhen from Napoli after the Italian club slapped a €110 million price tag on the striker.

The Bavarians are preparing to lose star striker Robert Lewandowski and have identified Osimhen as one of the possible replacements for him.

However, Napoli's valuation of the 23-year-old is making the German Bundesliga giants think twice about the move and they are reported to be considering bringing an end to their interest in the player.

Osimhen and Lewandowski have different profiles with the Nigerian relying mostly on his strength and speed but he will be a good fit for Bayern Munich, who have excellent crossers of the ball.

It remains to be seen if Napoli president Aurelio De Laurentiis will budge but Osimhen could lose the opportunity of a lifetime to play for a club whose chances of winning the UEFA Champions League are higher than most.