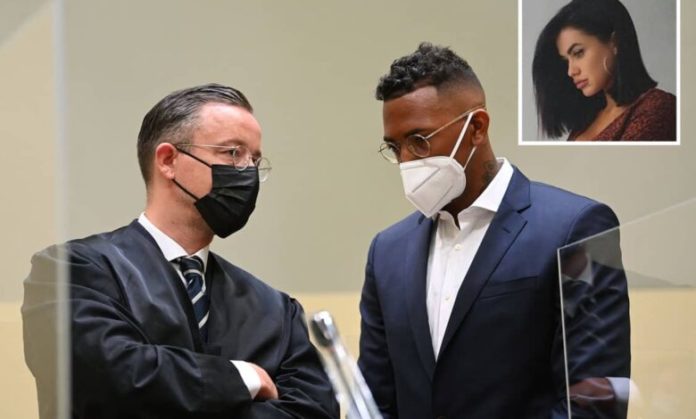 Olympique Lyon defender, Jerome Boateng has been convicted of assaulting his former girlfriend and has been ordered by a court to pay her a sum of €1.8m for damages.

Boateng was accused of throwing a lamp and a small cooling box at his former partner in the Caribbean in July 2018.

While testifying in court, the woman accused the German Ex-international of punching her, pulling her hair, biting her on the head, and insulting her during an altercation.

She told the court she was punched so hard she lost her breath for a moment.

In his testimony, the erstwhile Manchester City and Bayern Munich center-back said he did not assault his ex-girlfriend and described a different version of events.

And even though he's denied the charges, he has been found guilty and was originally due to stand trial in December of last year, but the trial was postponed due to the Covid-19 pandemic.

The 33-year-old was a Bayern Munich defender for a decade, winning the Champions League on two occasions.

Boateng also won the World Cup for the German national team in 2014.