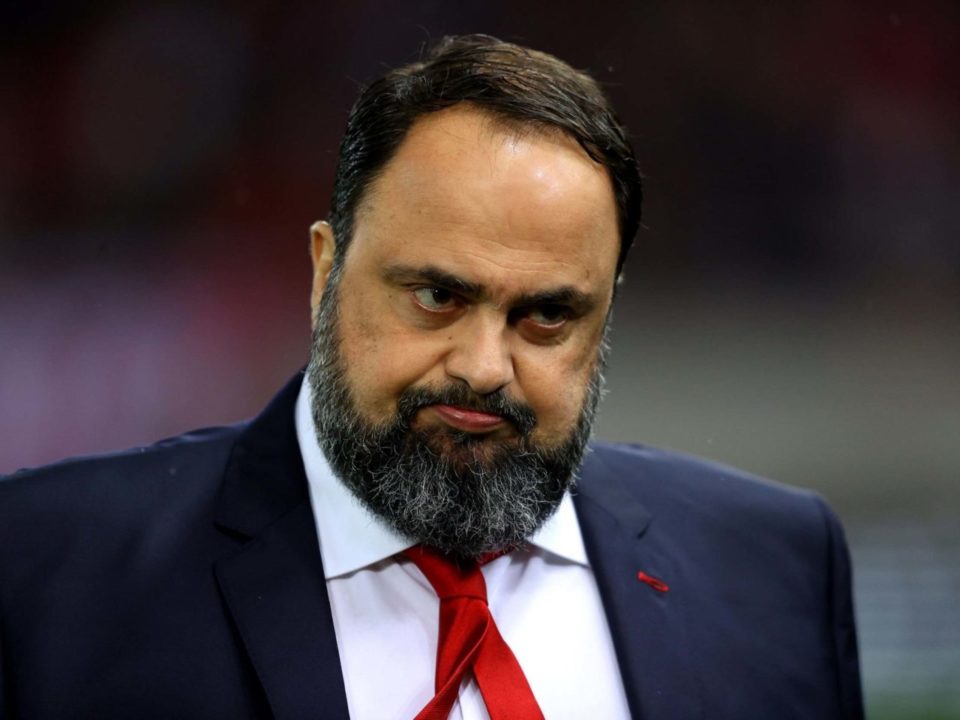 Olympiakos owner Evangelos Marinakis has revealed to his Facebook followers that he is currently receiving treatment for “the recent virus” after testing positive to Coronavirus (COVID-19).

Wolves' Thursday night clash with Marinakis' club in the Europa League has already been closed off to supporters with the game set to be staged behind closed door as a measure to prevent the virus from spreading.

The Greek government decided to enforce a ban on spectators attending sporting events because of a rise in cases in the country.

A statement released yesterday said that all matches until March 22 will be affected and after UEFA, Wolves and Olympiakos sought clarification it has been confirmed that the match will be played behind closed doors so as to avoid a mass congregation of people who could pass on the virus.

So far there have been 89 cases of COVID-19 reported in Greece with one individual said to be in a serious or critical condition.

Nottingham Forest have confirmed that Marinakis has tested positive for Coronavirus.

“The recent virus has ‘visited me' and l feel obliged to let the public know,” he said in a social media post.

“I feel good, as I take all the necessary measures and I discipline to the doctors' instructions.

“I strongly advise all my fellow citizens to do the same.”

The 52-year-old Greek shipping magnate has been the man in charge at Olympiakos since the mid-2010s and, in 2017, completed the purchase of two-time European Cup winners Nottingham Forest.