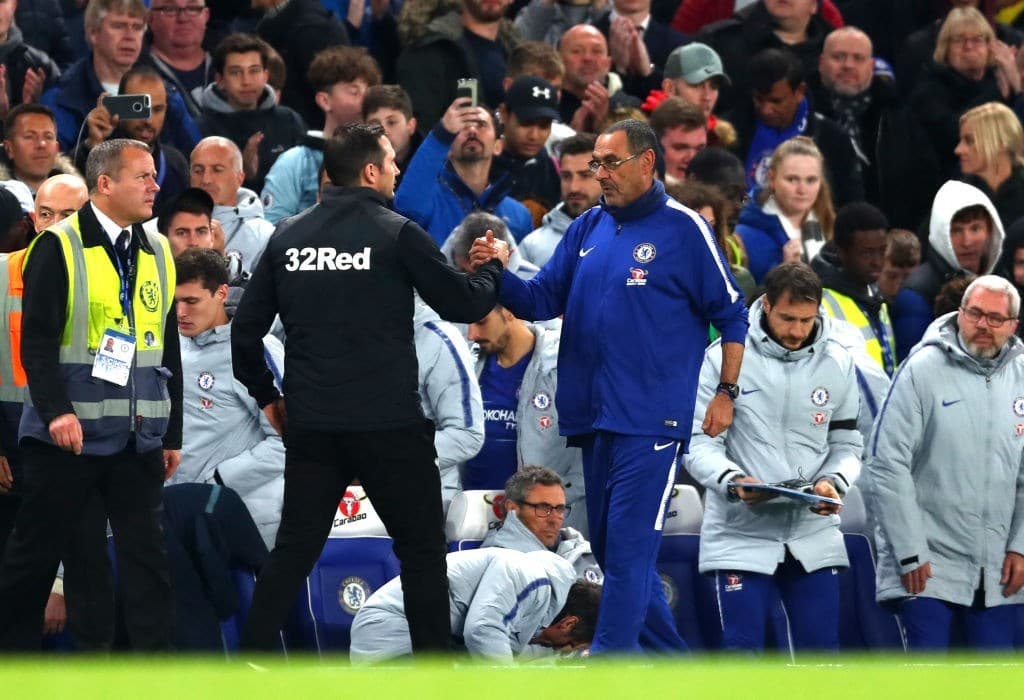 Chelsea may need to act fast in the final week of this transfer window – with the stats proving they are worse under Frank Lampard than they were under Maurizio Sarri.

The former Chelsea midfielder was hamstrung by a transfer ban last summer, but his side's shock slump in recent months is the real enemy.

The Blues got off to a rocky start to life under Lampard with a 4-0 opening day defeat at Manchester United aside.

But Lampard quickly led his young Chelsea players – with the likes of Fikayo Tomori, Tammy Abraham and Mason Mount all blooded – into the top four.

At one stage, they appeared to join Leicester and Manchester City as the only side who even had a sniff of keeping up with rampant league leaders Liverpool.

But their form has bizarrely deteriorated at a rapid rate with just three wins in their last nine games, including losses against Bournemouth, West Ham and Newcastle.

Lampard's side The Blues then threw away two leads against Arsenal at Stamford Bridge in their last game, dropping two more points.

Chelsea now sit a whopping 24 points behind Liverpool atop the table, with the likes of Man Utd, Wolves and Sheffield United catching up to them, with their top-four spot in jeopardy.

To make matters worse, Chelsea may be without star striker Abraham for a spell after he limped off during the draw with Arsenal.

With struggling duo Olivier Giroud and Tammy Abraham the only other two out-and-out strikers in the squad, Lampard may need to dive into the transfer market… and quickly.

Earlier this season, there was no comparison – either amongst fans or statistically… Lampard was a better manager than Sarri.

But now, the stats suggest the Italian may have been better – with the Blues' tendency to concede late goals a real concern.

Lampard, on the other hand, has won just 12 times, lost EIGHT – a third of all his games in charge – and shipped 32 goals.

All in all, Sarri picked up seven more points from his opening two-dozen Prem matches and got his side playing a far more fluid passing game.

Under the Italian, the Blues made 660 passes, compared to the 598 so far this season.

See Also | REVEALED! Why Emery Chose To Get Rid Of Iwobi Last Summer

While Lampard may be the right man in the long term, he'll need to figure out how to halt this slide or risk going the way of many other Chelsea boss before him.