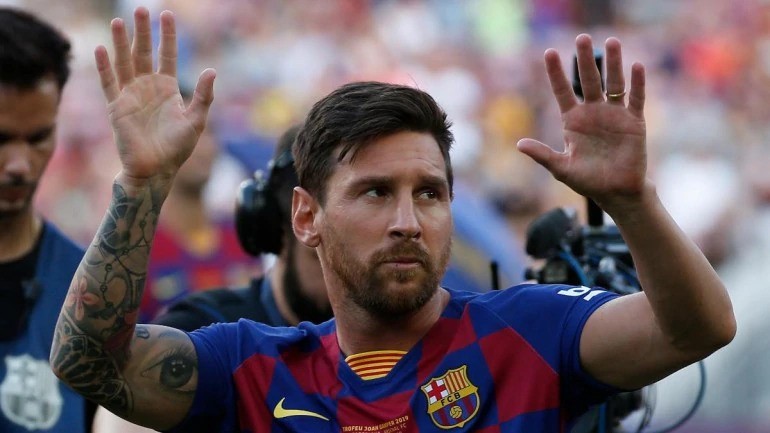 Owing to the worrying coronavirus outbreak in Italy which has already claimed three lives, Lionel Messi and his Barcelona team-mates will be forced to undergo a coronavirus test when they travel to Naples on Tuesday ahead of their Champions League clash with Napoli.

Four Serie A matches, including Inter Milan's home fixture against Sampdoria, were postponed over the weekend.

Italy is trying to contain the coronavirus outbreak in their country and have imposed strict quarantine restrictions in two northern “hotspots” which has left 50,000 people stranded.

Naples is not one of the affected areas but the Italian health ministry has said is mandatory for all travellers to undergo testing.

According to Express.co.uk, Lionel Messi and his team-mates will have their temperature checked upon arrival at the airport on Monday.

If any are deemed to be too high, they will be taken straight to the hospital.

Barcelona will face Napoli on Tuesday and they will fly back to Catalonia as soon as the game is over.

The prime minister of Italy, Giuseppe Conte spoke at a news conference where he confirmed some football games were to be cancelled as a matter of precaution.