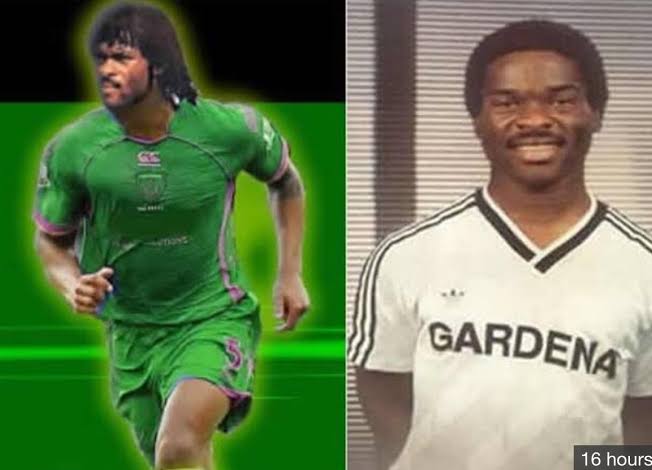 The family of late Super Eagles Midfielder, Samuel Okwaraji has concluded plans to launch a documentary on the footballer to mark his 30-year memorial.

The President of Sam Okwaraji Foundation and elder brother of the football icon made the disclosure in Owerri on Monday when the foundation visited the Chairman, Imo Sports Commission, Mr Fan Ndubuoke.

Sam Okwaraji slumped and died on Aug. 12, 1989, at the age of 25 during a World Cup qualifier against Angola at the National Stadium, Lagos.

Okwaraji said that the foundation was soliciting the support of Imo Government to honour the Imo born legend on his short but eventful life.

According to him, the late icon, until his death at 25, held a Master’s Degree in International Law from Rome.

“The documentary is part of activities lined up for the 30 years memorial of his short but eventful life.

“The title of the documentary is Patriotism, Education and Soccer,’’ he said.

He revealed that some distinguished Nigerians and corporate organisations who had contributed in keeping the memory of late Okwaraji alive would be honoured.

While criticising failed promises to immortalise Okwaraji by the federal government, the foundation also said that there would be a `Samuel Okwaraji Memorial lecture’.

Okwaraji said that some of the late footballer’s colleagues and friends including Uche Okechukwu, Peter Rufai, Etim Esin had already endorsed the project.

He solicited the support of the Imo government in ensuring a successful event.

In his remarks, a former Super Eagles Captain, Henry Nwosu urged the state government to support the project adding that the planned project would motivate others to do more for the country.

“I was the Super Eagles Captain when Okwaraji came into the national team.

“However, since his untimely death in Lagos, the Federal Government has not done much to honour him or to take care of his family which is unfortunate.

“Ex Eagle’s players are all behind the project, we have endorsed it and also calling on stakeholders in the country to do same in honour of our late hero,” he said.

Responding, Ndubuoke expressed readiness of the state government to partake in the event following Okwaraji’s patriotism to the country.

“I am glad to tell you of Imo government’s willingness to partner and support you in this very important event.

“Late Okwaraji was a patriot and one of the Imo sons that made the state proud both at the national and international level,’’ he said.

Ndubuoke said he was aware of the promises which the Federal Government made to honour the late footballer.

“I was a sports journalist with Champion Newspapers in 1989 when Okwaraji died.

“Now that I am in a position to play a role in honouring the late Eagles superstar, I will do my best to ensuring that the programme is successful,” he said.

He said Gov. Emeka Ihedioha was passionate about sports development, adding that any honour done to late Okwaraji would help in inspiring the younger generation.

Ndubuoke said the commission and the foundation would meet to work out modalities to make the event successful.

He described the late Okwaraji as an `exceptional person’ who combined education with his football career and excelled in both endeavours. (NAN)