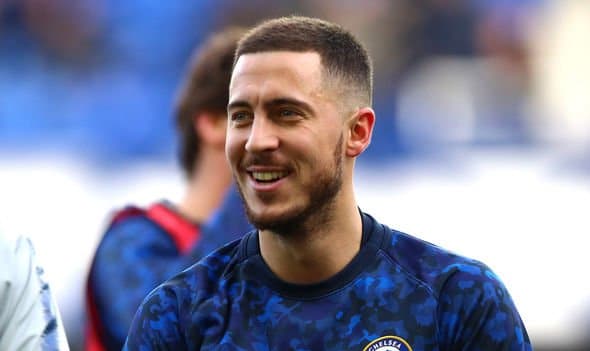 Eden Hazard has once again fuelled speculation over his future while on international duty this week.

The Belgian forward has been heavily linked with a move to Real Madrid at the end of the season.

Hazard signing a new contract at Chelsea could still be possible if Real Madrid do not come calling in the summer, so claims European football expert Gabriele Marcotti.

The 28-year-old said of Real manager Zinedine Zidane: “As a player, there's no comparison, I have so much respect for Zidane, he's my idol.

“It's thanks to him I started playing.”

Marcotti admits Chelsea will accept an offer for Hazard if a reasonable bid is received.

However, he says there is no guarantee an offer will come and it could mean Hazard then extends his stay at Stamford Bridge, with his current contract winding down at the end of next season.

“We always need to remind ourselves of this, whether it’s Hazard or [Paul] Pogba.

“Real Madrid do not have infinite resources, despite what people think.

“They’ve spent a lot of money on Eder Militao already. They can only buy one, possibly two, A-list superstars on top of that.

“And beyond that, if they want to buy more they need to go and get rid of players.

“It’s difficult to get rid of Real Madrid players because they make a ton of money and they’re coming off two straight frankly disappointing seasons in La Liga, so it’s not that simple.

“So Eden Hazard is doing the right thing.

“He’s told Chelsea ‘guys, I’ve been here, I will consider a new contract, but the reality is I want to play for Real Madrid before I get too old, Real Madrid are another big club, please respect that’.

“Chelsea are respecting that, if the offer comes in the summer, he’s going to go.

“If it doesn’t come – because he’s only got a year left on his deal – if it doesn’t come and they’re not that interested in him, and Chelsea offer him a new contract, which they will, then he’s going to stick around.

“If there’s one thing you can’t fault Eden Hazard for, he’s not being sneaky, he’s not launching messages, he’s been very straight up all along.”