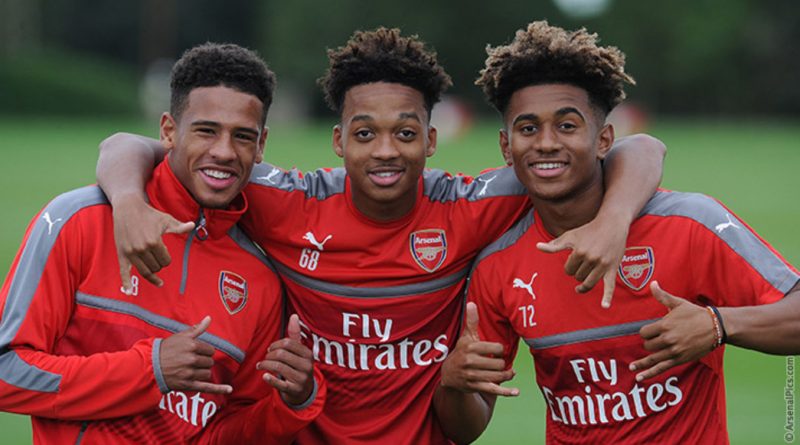 Arsenal possibly will be busy in the transfer market this summer after losing a string of out-of-contract players.

Express Sport looks at the five Arsenal academy players who could make the jump to the first team next year to fill the gaps.

Beyond their usual starting pair, Unia Emery may find himself short of options next season, especially with the exit of Welbeck.

Nelson, however, could be the man to plug the gap, particularly out wide. Having been nominated for the Bundesliga Rookie of the Year award this season, he has had an excellent breakout season while at Hoffenheim.

The 19-year-old Londoner scored seven goals in 23 league games this season and has also made an impact on the England youth system, having featured at all levels from under-16 to under-21.

The Gunners have still struggled from wide areas since losing Alexis Sanchez 18 months ago, with Henrikh Mkhitaryan their only recognised world-class winger.

And with no wingers linked with the club this summer, Emery could look to Saka to make an impact next season.

Balogun is another Arsenal Academy player who could potentially be an answer to the Gunners’ lack of depth up front.

The 17-year-old, originally from New York, has also caught the eye of Aubameyang, who tweeted a fire emoji while talking about the player after Arsenal profiled him on their website.

The youngster admitted that he styles himself on Aubameyang, and told Arsenal’s website last year: “The real hard work continues and I want to keep progressing so that I can make it into the first team.”

With Aaron Ramsey on his way out of the club after his contract expired, Arsenal’s midfield options are limited, with Mohamed Elneny also tipped to depart this summer.

If they are unable to sign any forward-thinking midfielders during the summer, Musah’s time in the first team could come much sooner than expected.

Ballard was the captain of the Arsenal side which made the FA Youth Cup final last year and signed his first professional deal last summer.

The centre-back started 18 Premier League 2 games for Freddie Ljungberg’s side last season and impressed with his ability to play centre-back and defensive midfield.

The Gunners have been shaky at the back all season, and it seems certain that the Stevenage-born star will feature for the first team at some point this season.