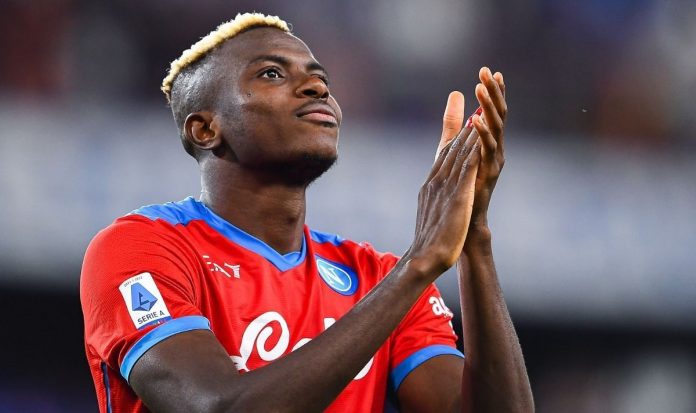 Former LOSC Lille president Gerard Lopez has claimed that the sale of Victor Osimhen to Napoli saved the club from impending financial doom.

Lille, like many clubs in the French Ligue 1, are a target of big clubs who like to poach their stars. The club cannot afford to keep most of these stars on long-term deals as well, which is why they are eager to listen to offers and seal deals.

The same was the case with Osimhen, who moved to the club from RSC Charleroi for €12 million, plus €3 million in add-ons. The club had just sold Nicolas Pepe and Rafael Leao to Arsenal and AC Milan for a combined fee of €114 million.

That money went into the rebuilding of the squad, and it saw them finish in fourth place on the Ligue 1 table. Osimhen more than repaid the investment on him by the club, scoring 18 goals and providing six assists in 38 total appearances for Les Dogues.

Then COVID-19 hit, forcing the world into a lockdown and the small and medium-scale clubs in France – Lille included – and the rest of the world into a financial black hole. Napoli came calling in 2020 and after negotiations, bagged a €50 million fixed fee, with bonuses rising to €81 million for the then 21-year-old.

Lopez, who was president of the club at the time, says the money saved the club from imploding and being kicked out of the league due to bankruptcy.

“To say that today the players obtained in exchange are not worth a nail does not interest me,” Lopez told French media. “There were 40 million that the club had to cover for the Covid period. I can say that that transfer saved the club; there are many cases of players who are valued with high figures. I don’t care about that.”

Napoli and Lille offices raided by police due to Osimhen transfer

That transfer has been under scrutiny since it was carried out, however. There are claims that the French club manipulated their numbers with the fee received for Osimhen to balance their books and avoid bankruptcy.

The fee alleged to be agreed between both clubs for the Nigerian forward is €36 million. Napoli have been dragged to court by the Italian football association and Lille have been under investigation since. Both clubs have been subject to a fresh round of raids as local police in both cities, acting on the instructions of French football and Italian football leadership, visited both clubs’ offices on Tuesday. Napoli president Aurelio De Laurentiis is being investigated for possible fraud in the deal.

Osimhen, meanwhile, is free from any form of allegations but this could mean a move for him depending on the outcome of the investigations into his transfer fee as agreed by both clubs.