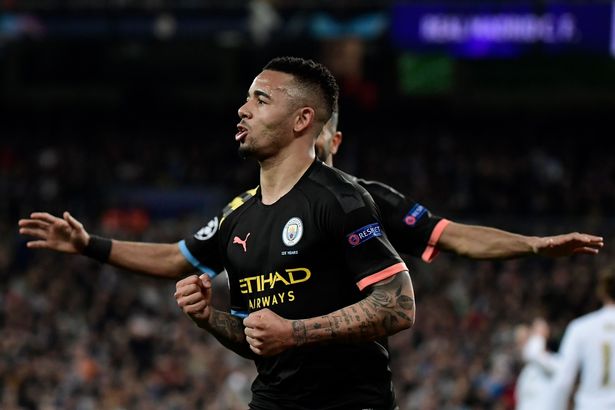 Manchester City striker Gabriel Jesus is hoping to prove his fitness for his side's Champions League clash with Olympiacos on Tuesday.

The Brazil striker is now back in training and, with Sergio Aguero also sidelined, a potential return against the Greeks would give City a lift.

City boss Pep Guardiola was still unsure whether Jesus would be ready as he held his pre-match press conference on Monday lunchtime.

“We are waiting for Sergio but we are happy with Ferran so we have an alternative.”

Guardiola insisted Sunday's looming encounter with Premier League champions Liverpool would not affect his thinking for the Olympiacos game.

“Absolutely not,” he said. “You cannot make a false step in the Champions League because after that you struggle. We have an incredible opportunity to make a huge step to qualify for the next round.”

The Sky Blues have opened their Champions League Group C campaign with back-to-back victories over Porto and Marseille and Guardiola wants to maintain the momentum to wrap up qualification for the knock-out stages as soon as possible.