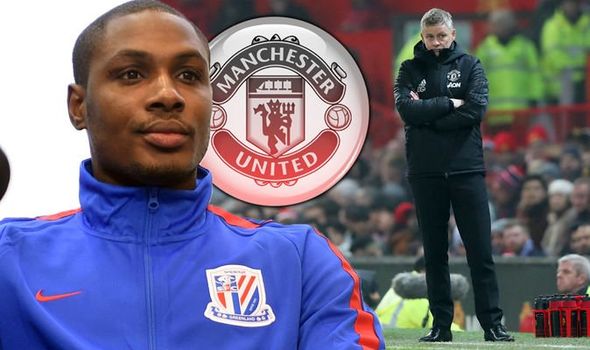 Former Watford striker, Odion Ighalo has been recommended one month to adapt to life with Manchester United, that’s according to old boss Quique Sanchez Flores.

Ole Gunnar Solskjaer signed the 30-year-old on loan from Chinese Super League side Shanghai Shenhua until the end of the season to fill in for injured Marcus Rashford.

JUST IN: Virgil Van Dijk Speaks On His Liverpool Transfer

But Flores, who worked with him at Watford and in China, claimed it will take him a few weeks to “recover the full rhythm”.

Here’s what he told the Athletic: “Mainly, the problem is how they train in China. It is not the same as in England.

“Is he really ready for first-team matches in the Premier League because the physical difference is so big?

“He probably needs one month to recover the full rhythm.

“The good thing is he knows his body well, works hard on injury prevention and he is always working after training.

“I should say, also, that I felt in China, he gave exactly the same effort and quality as he gave me four years ago.

“We had the feeling in China he could recover a high level with any team in Europe.”