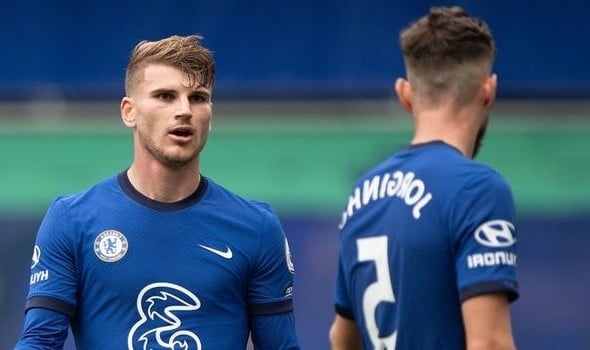 Whether Jorginho will continue as Chelsea’s penalty taker after the Italian missed his second spot-kick of the season in the 4-0 win over Krasnodar on Wednesday evening remains to be seen.

Frank Lampard's side got their first victory of their Champions League campaign with a convincing performance in southern Russia thanks to goals from Callum Hudson-Odoi, Timo Werner, Hakim Ziyech and Christian Pulisic.

Werner showed Jorginho how it was done by blasting home his spot-kick after the Italian was substituted, which raised the question of who will be preferred going forward.

Lampard admitted he will weigh up whether Jorginho will retain the Blues’ main spot-kick duties.

“Jorginho has had an incredibly successful rate of scoring penalties in his career, particularly at Chelsea,” said Lampard, with Jorginho now having missed twice and scored three times from the spot this season.

“I’ve got no problem at all with his style of taking them, because of the success he’s had, and Timo Werner, I know he’s very capable to take penalties as we saw.

“We have other players that can as well, so I’ll talk with the players afterwards to see how we move forward. But we have good penalty takers at the club.”