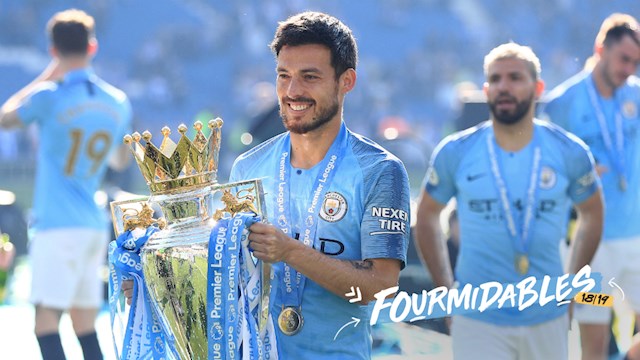 Pep Guardiola revealed last season that one of his greatest worries in football were players who don't run but the statistics as to who averaged the most kilometres per game may shock him.

City averaged a total of only 222km per Premier League game in the 2018/19 season which saw them historically maintain the title, thumping rivals Liverpool by a point.

Ahead of the last campaign, the City boss emphasised the importance of running in his team.

“You have to run in football. People say a lot of things. Our physicality is always good. That is one of our secrets – more than tactics, spirit. you try to run,” he told Monday Night Football

And the stats obviously show his players heed his warning.

In the win against the Reds at the Etihad in January Bernardo Silva covered an awesome 13.7km but, it's not the Portuguese who tops the table for average km completed in the Premier League.

Youngster Phil Foden comes out on top with an average of 13.83km completed per 90 minutes in the league with Kevin De Bruyne in second at 12.29km closely followed by Bernardo with 12.04km.

At the other end of the list, goalkeeper Ederson is understandably at the bottom reaching an average of just 3.78km while the lowest covered distance for an outfield player is Sergio Aguero who averaged 9.75km per 90 minutes.

Here are Manchester City's 2018-19 Running stats from Opta which only includes players who made seven or more appearances: 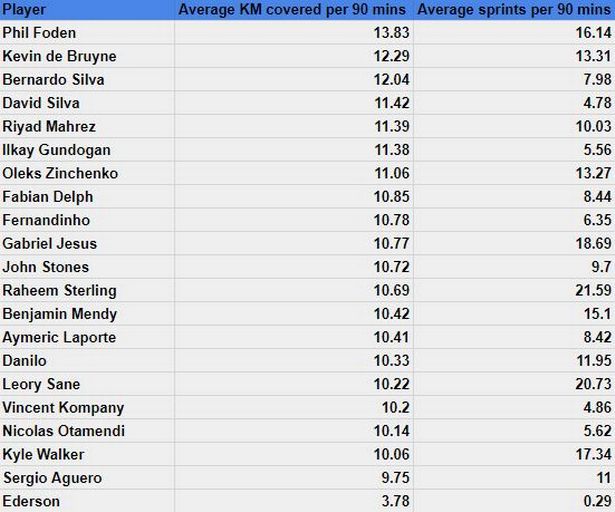