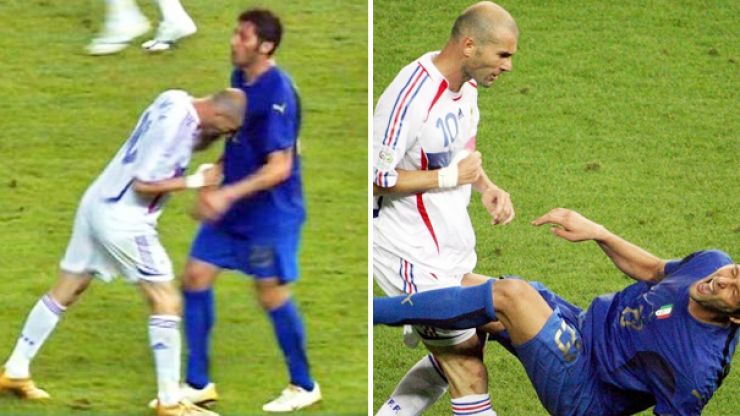 Marco Materazzi has finally come out to state what happened when Zinedine Zidane was sent off for headbutting him in the World Cup final nearly 14 years ago.

There's been lots of rumours about what the former Inter defender said to cause the reaction and he's now revealed all.

“Zidane's headbutt? I wasn't expecting it in that moment,” he told Spanish outlet AS in an interview.

“I was lucky enough that the whole episode took me by surprise because if I had expected something like that to happen and had been ready for it, I'm sure both of us would have ended up being sent off.

“There had been a bit of contact between us in the area. He had scored France's goal in the first half and our coach (Marcello Lippi) told me to mark him. After that first brush between us, I apologised but he reacted badly.

“After the third clash, I frowned and he retorted: ‘I'll give you my shirt later'. I replied that I'd rather have his sister than his shirt.”

It's the first time the Italian has confirmed exactly what he said and last year he only went as far as confirming it wasn't about Zizou's mother.

“My words were stupid but did not deserve that reaction. In any neighborhood of Rome, Naples, Turin, Milan Paris, I hear much more serious things.

“I talked about his sister not his mother, like I have read in some newspapers. My mother died while I was a teenager, I would never insult his.”

The Real Madrid manager’s moment of madness came in the 110th minute of the game.